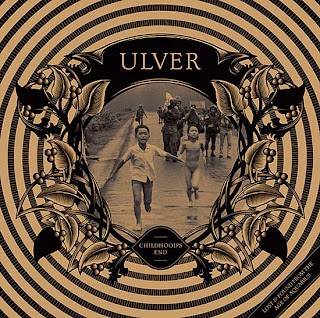 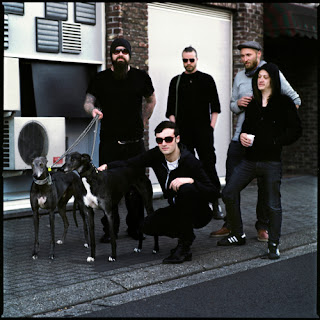 Anyone who thought I wasn't going to cover this as soon as possible obviously has no idea how huge a fan of Ulver I am. I love every one of Ulver's albums, though for different reasons, and I welcome every new recording with nothing but the highest of expectations and the utmost joy. I've been aware of this project for something like a year and a half or two years because of an interview the guys did and I'm glad that it's finally being released.
I guess one of the reasons I've been anticipating this album for so long is because not only is Ulver one of my absolute favorite bands, but I'm a big fan, and geek, of 60s and 70s psychedelic music. Having said that, even I didn't know about all the bands covered on here, with groups like Pretty Things, Curt Boettcher, and the Chocolate Watch Band being completely new to me. So with that in mind, I came into this record expecting to simply love it. The cover of The Electric Prunes cover, I Had Too Much to Dream Last Night, has been around for a while so that kind of gave a bit of a representation of what direction this record would kind of be, sonically. The band also did Everybody's Been Burned, by The Byrds, at their first live performance, so that one had kind of been floating around. Then you had In The Past and Magic Hollow released within the last couple of weeks as well, so a fourth of the album's songs had been released, in one form or another, before this thing came out.
I have to say that when I first heard about this, I was under the impression that the band was going to be doing a psyche-rock album, the key word there being "rock", but what come as a shock to you, as much as it did to me when I finally listened to this, was that there is very little "rock" on here. Sure, I understand that that's kind of relative because most of these songs were rock songs when they originally came out, but even in that context, they were still pop songs. This is more of a psyche-pop album, and I have to say, I'm almost glad that it is more of a pop album than a rock album. The band do a great job at adapting these songs to their own style. While I think that Ulver could have done a great job adapting the likes of Genesis, King Crimson, or Magma, I don't think that at this point in their career that the band would have even wanted to do that. Anyone who's listened to either of the band's last two full-lengths could have guessed that the band have little interest in songs that are more "rock" based, favoring more arty and the obvious experimental realms instead. I'd say if you want a rock song, Street Song and 66-5-4-3-2-1 are not only the heaviest tracks on here, I'd go so far as to say it's the heaviest and most rocking that Ulver's been since Blood Inside. I honestly never thought I'd ever hear Ulver make use of a blues guitar riff in a song, but in both of those tracks I just mentioned, that's exactly what they do.
I remember Daniel O'Sullivan mentioning in an interview that he and Garm were interested in making a record of pop songs, and that turned into the opener for Wars of The Roses, but I can imagine this being some form of accomplishment, or at least another step in achieving that goal. These are short songs, a good portion of them don't even top three minutes, and are pretty straightforward. They are all, ultimately, pop songs no matter how trippy and psychedelic they might be. I have to say though, eve before I had heard these specific songs, I just knew that Ulver would totally make the likes of Today, a Jefferson Airplane song, and Velvet Sunsets, by Music Emporium, their own. Just knowing those songs and listening to them after finding out about them being covered, I could just hear Ulver taking those songs and making them their own. Maybe in the future they'll craft an even more "pop" oriented album, which would certainly be interesting to say the least, but for what this is, music that I already really enjoy listening to, this is the first "pop" album I've heard in years, if not decades (no, I'm not that old, but in music years), that's this good.
I'm aware that this is yet another change in sound for the band, and that once again people might not enjoy it, but like all their previous records, I think the band are just fantastic. I loved this sort of music to begin with anyway, so I was sort of predetermined to like this record, but I totally get that some aren't into the whole retro and psychedelic sound. Great stuff and a great way to find out about a number of great bands, I think it's well worth getting.
Overall Score: 9
Highlights: The Trap, Today, Street Song, Velvet Sunsets
Posted by maskofgojira at 2:34 AM