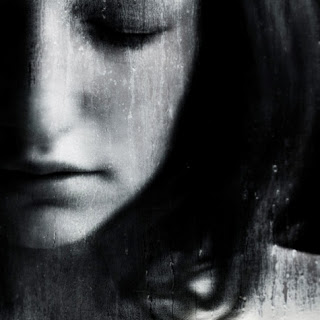 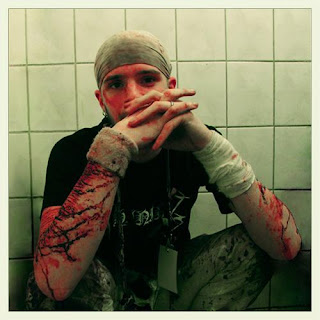 I am a fan of Shining and it's vocalist Niklas Kvarforth, I figure I should just clear that up first. I know that a lot of people may enjoy the music but can't really get behind him as a person and his various opinions and stage antics, but I am a fan. What he does live I think is all part of the moment and the same can be said about his various views on whatever topics, all I really care about is the music.
Shining appears, from my point of view, to have definitely grown as a band both sonically and in popularity with their last three or four releases. The movement into more progressive territory and inclusion of clean, or cleaner, vocals into their sound I think has definitely improved their sound and I think many would agree, though the weight of the depressive atmospheres from their earlier works has certainly not been as easy to transition over. I also think that some might not have enjoyed the decrease of aggression on the last two releases either. This EP is not for those people. The four covers on here are no return to the depressive roots of the band, and instead show the band at their least metal, embracing more of their "pop" influences. For My Demons, a Katatonia cover, is honestly the most metallic song on here, and, in all honesty, isn't that different from the original version. Kvarforth does a really good job at sounding like Jonas Renkse, whether you want to call it an imitation or his natural singing voice, but he manages to sound almost exactly like Jonas. The other three songs are the pop songs I just referred to. The covers of Kent, Imperiet, and Poets of The Fall are actually pretty well done, they're certainly darker and more foreboding than the original, but aren't anything all that special. The Poets of The Fall cover, Carnival of Rust, I actually think is really good, but I don't think that it's a really substantial piece that compares with anything original the band has released.
If you're a fan of the band, I think this is well worth checking out, but if not, I wouldn't say that it's a must. The covers are solid, and I will most likely return to two of the four often enough when I feel like listening to Shining, but they're not amazing. If this turns out to not be your cup of tea, Kvarforth has been saying for a while that their next full-length is going to be an intense black metal record, so I wouldn't worry too much over it.
Overall Score: 6.5
Highlights: For My Demons, Carnival of Rust
Posted by maskofgojira at 10:09 PM