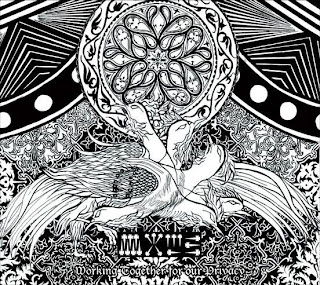 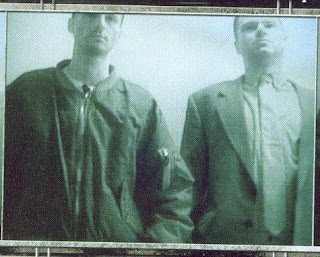 Wold is an industrial, noise-based black metal band from Canada. Though their style of performing music is a bit unorthodox for most metal heads, it works in some contexts of listening. "Working Together For Our Privacy" is a very noise based work of sound unlike that of more "mainstream" black metal and isn't something you put on for enjoyment as much as you would a Dimmu or Cradle record, or whatever you happen to listen to in your spare time.
This record is only 3 songs that are long pieces of noise music. Though this might sound a bit weird to listen to noise music that really doesn't shift around like a Murzbow record or have a more rock feel like noise rock music, this record is really more about the atmosphere behind this wall of noise. During the 10 minute opener, The Secret, there are subtleties provided by some sort of keyboard that give the song an almost form of structure.
Fans of Wold will probably enjoy this like they did for the last album. This album is more based in a sonic assault format as oppose to the more noise ridden black metal of previous albums like "Screech Owl" or "Stratification." This album contains apparent singing in it, which could appeal more to those who listen to more noise based music. But there are moments in the album where more growling or yelling could be heard.
While all the songs on this album feature a more grating sound to them, each song has a feature that the other does not. The opener, The Secret, features more keyboards in the background which give it more structure, as already stated. Death Spiral on the other hand feature more electronic, or acoustic, percussion on it. Lovey Dovey is the only "song" on this album. This track feature more electronic, almost mechanical, sounds going behind a wall of noise, that sounds different from the previous tracks.
Overall, this record is mainly going to appeal to either fans of Wold or people who are into extreme forms of noise and avant-garde music. This really isn't a jam out or rock out to record, it takes patience to even stand to listen to the whole thing from start to finish. Kinda of cool, but not for a lot of people.
Overall Score: 6
Highlights: The Secret, Lovey Dovey
Posted by maskofgojira at 6:19 PM