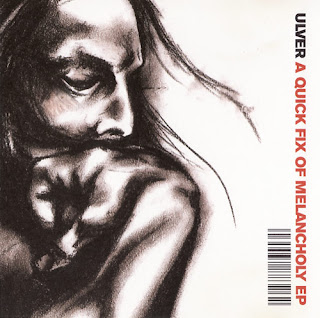 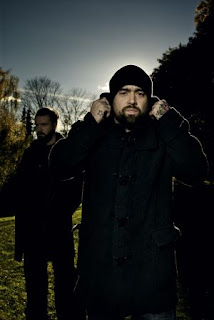 It's Hard to Not Become An Addict.
Ulver is a band that needs no introduction. This 2003 EP was a midpoint between 2000's "Perdition City" and 2005's "Blood Inside" albums and expresses the path that "Blood Inside" was going into stylistically. This was to give fans a little bit of a heads up for what would come to be 2 years later.
On this album, the trip-hop elements and dark atmospheres of "Perdition City" have been replaced with almost neo-classical orchestration creating the darkness of this record. The trip-hop beats remain in the equation, but are not as present as on the previous record. Delving into a further electronic biased area of music also allows Garm to express his vocals in different ways. This record could draw similarities from classical music, industrial music, and Scott Walker's solo records.
This 4 song EP starts off with the neo-classical biased Little Blue Bird, which is also where the Scott Walker comparison comes into play. Garm's vocals are reminiscent of Walker's vocals on records like 1995's "Tilt" or the later released "The Drift," sounding almost ethereal-like. The song starts in the classical vein but later gains the trip-hop biased beats. The following song Doom Sticks is an electronically biased instrumental, while it acts as like a prelude to the midpoint of "Perdition City" and "Blood Inside" with it's orchestral sound but more electronic and industrial structure and trippy vibe. The lyrics of the song being taken from a poem with the same name, Vowels, by Christian Bok. The final track Eitttlane is a re-done version of a track from their 1995 folk album "Kveldssanger." The new version features a sound more akin to that of Ulver's 1998 double album "Themes From William Blake's The Marriage of Heaven and Hell," with it's more industrial sounding beats and orchestral background.
The album is a good listen, if not a little harder to penetrate than the previous albums. "A Quick Fix..." does foreshadow the densely layered "Blood Inside" without providing the same sound as most would probably assume. A good starting point if someone is just beginning to divulge into more electronic music.
Overall Score: 7.5
Highlights: Little Blue Bird, Doom Sticks
Posted by maskofgojira at 6:57 PM