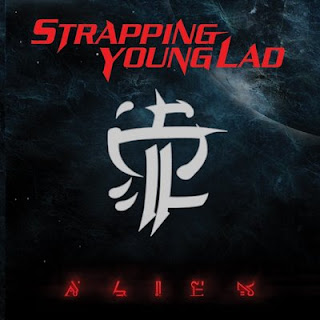 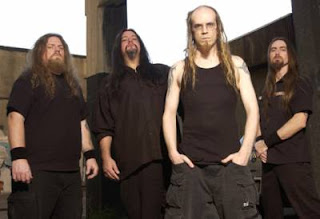 Not of This World.
"Alien" is SYL's fourth output and is creatively what SYL is all about. From the industrial tones to the Meshuggah guitars and drumming to Devin's take on Frank Zappa lyrics of love, life, and being fucked over by everyone. "Alien" is the album Devin has said was almost the perfect SYL album.
This could be the opener to any new Devin fan to start with in a huge catalog. "Alien" is the midpoint between the crazy and almost off putting industrialized chaos of earlier SYL records like "Heavier Than A Really Heavy Thing" or "City" and the much more melodic and progressive biased solo records like "Terria" or "Accelerated Evolution." The singles Love? and Zen are what brought me into the band and could bring many others into Devin's work as well.
It's ironic that while this is the most accessible SYL record, until 2006's "The New Black" which had a much more old school melodic metal style, this is also the record that shows the most aggression since "City." The album itself has the mixture of styles, as on previous records, of Meshuggah, Judas Priest, Fear Factory, and Frank Zappa. But the Zappa is really more in terms of Devin's lyrics, in that they're not the regular KILL, KILL, KILL PEOPLE lyrics, those lyrics are there, but they're put into a more sarcastic sense unlike 99% of the metal bands out there.
Devin's writing seems the most zen-like, no pun intended, on this record compared to his much more outrageous and wild musical sensibilities of the past. With songs like Love? showing a strong dynamic of catchy guitar riffs and vocals, but songs like Shine or Shitstorm keeping it on his terms of "technical" and also remaining an individual in the metal scene. Thalamus is a track that reflects the already mentioned midpoint between SYL and Devin's solo albums, being very heavy but leading into a very atmospheric melodic section. But the one track that seems almost out of place, but in place at the same time, it the track Two Weeks. This track is an almost electro-acoustic affair. Another track that, more lyrically is out of place, it Possessions, being very cheesy, but fitting in with the whole Zappa-vibe Devin has always had.
Devin has never disappointed and on this album, back in 2005, he sold his soul to the devil and got insane for enough time to make this record. A masterpiece of musical intensity and brutality as well as having a strong sense of melody, atmosphere, and individuality. A great record and a great place to start a long relationship with Devin's music.
Overall Score: 9
Highlights: Skeksis, Shitstorm, Love?, Shine, Possession, Thalamus
Posted by maskofgojira at 6:13 PM