The Fallen Within - Intoxicated 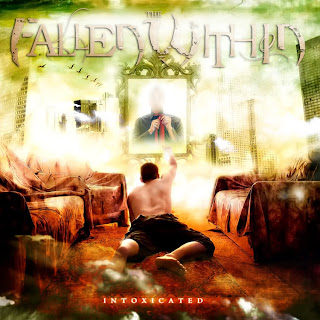 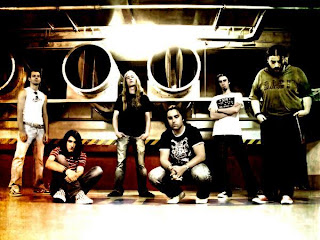 Taken With A Dose of Liquor.

The Fallen Within are a new band who's new album was just released in December of 2009. The members of this band aren't from anything well known, but the album itself was produced by Firewind keyboardist, Bob Katsionis. That will give a little insight to the sound of this band.
The sound of itself is kind of a blend of Children of Bodom, Fear Factory, Soilwork, and a little bit of Meshuggah. Here you're getting a more power metal biased sound, with some electronics and keyboard solos. The Soilwork comparison comes from the screamed vocals with clean choruses, while the Meshuggah influence comes from some of the drumming patterns. These guys try to sound a little more complex then the music really demands at some points and the inclusion of some breakdowns.
The guitarists of this band know what they're doing because they capture the COB kind of vibe without completely ripping them off. The guitars, however, take a backseat to the keyboards a lot of the time, and can be overlooked. The keyboardist though, is very knowledgeable in the melodies he plays, while not overwhelming, they suit the song perfectly. The solos he plays actually fit into the sound, but on some songs like The Sound of Destruction, you could hear Janne from COB play. The drummer is another good player, he plays well, and doesn't overplay. This guy takes the middle route, not too flashy and not too simple. The bass is where it needs to be in the mix, but is not overall audible.
Probably the most annoying part of the album, or the band, is the vocalist. He can sing left and right, another Soilwork comparison, but it may be just another Fear Factory comparison, but his screams are all kind of fuzzed over, where the cleans fit into the sound perfectly. The screams just sound a little contrived in the sonic picture. But none the less his cleans are perfect at creating those hooks in songs like Pain Right Under or Endless Reality, the former showing an almost Ville Valo like style.
Overall Score: 6.5
Highlights: Sound of Destruction, Pain Right Under, Endless Reality, Intoxicated, The Great Fall
Posted by maskofgojira at 2:52 PM