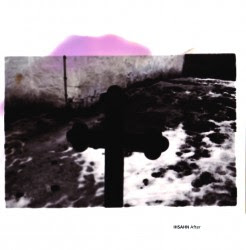 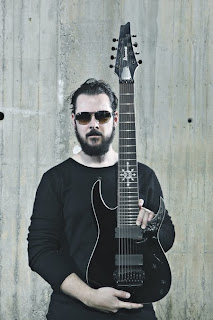 Ihsahn's third solo output has demonstrated his increased song-writing abilities to include elements outside of metal, including that of free-form jazz and post-rock/metal. After is also his first album using an 8-string guitar. This adds to the depth of the already heavy parts, as one would expect him to preform differently than Meshuggah. The usual tremolo picking that was so famously associated with his previous full-lengths does not even appear until the second song, A Grave Inversed, but even then, it is combined with the free-form jazz previously mentioned.
Jorgen Munkeby, of Shining, guests on this album as a saxophone player. Jorgen's playing on A Grave Inversed shows a style similar to that of John Zorn's playing. While Ihsahn himself displays a more technical style of guitar playing than showcased on either "The Adversary" or "AngL." Songs on this album display a more progressive approach towards both songwriting and performance, Ihsahn still maintains his signature style of vocals and approach to the songs. A new listener would find multiple styles but an almost familiar technique that links every song together. The previously mentioned A Grave Inversed had a free-form jazz style mixed with more black metal riffs, the title track shows the more post-rock/metal influence. With it's mainly groove baised structure, it shows a slower and softer type of path that Ihsahn is taking.
Songs on this album range in length, from the 4:30 of A Grave Inversed to the over 10 minutes of Undercurrent an On The Shores. This is also present on previous outings in "The Adversary" and on Emperor's "In The Nightside Eclipse" but in a different approach to both. With these songs having a much more dynamic songwriting skills shown.
The song most familiar to most people is the track called Frozen Lakes On Mars, this was the first track released onto the Internet. This songs shows the progressive-groove that is present on the song After and combines it with the catchiest chorus on the album. The song Undercurrent has an almost Opeth-like quality to it, starting with a very heavy riff before going into an acoustic passage and then morphing into a black metal song with strong psychedelic influences in both the sax and guitar playing. This goes into the song Austere, this song shows the strongest amount of progressive and psychedelic influence on the album, with soft and acoustic guitar playing, clean vocals, and a mellotron solo. While Heavens Black Sea has a long sax solo, it still has Ihsahn's trademark black metal vocals and guitar playing. On The Shores presents Ihsahn's most dynamic end to an album compared to any of his other albums in the past. This song is the accumulation of everything on "After" and presents the heaviest and most progressive song on the album.
Overall Score: 9.5
Highlights: Every song is a highlight
Posted by maskofgojira at 2:20 PM