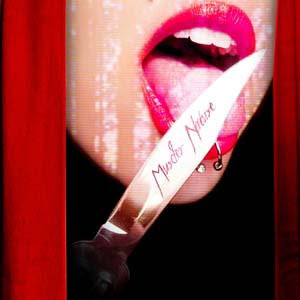 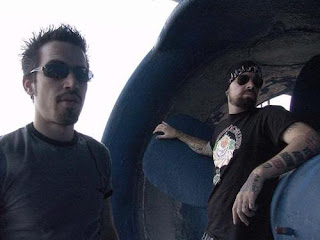 Murder Machine
This album will murder what you thought is mainstream metal or avant-garde/electronic metal could ever be. Daniel Cardoso and Kristoffer Rygg have come together to create a truly unique sound. This sound is filled with off-time drumming (by a drum machine), simple, but catchy riffs, and scattered keyboard sound effects; meanwhile Rygg, or Garm, shows his trademark choir harmony vocals. These elements make this album both a strong mental experiment and fun listen. With catchy choruses and a solid musical backdrop to fill out the sound.
Garm uses a more melodic approach to his vocals in this project. His usual choir styled harmonies are still present like they are in Ulver, but they take a much larger part of HCS. His vocals are the part of this album that your mind and attention will be drawn to immediately. With vocals going on top of each other, it will take multiple listens to comprehend every word he is singing. Although it may not seem like it upon first listen, except in songs like Skin Flick or It Hurts, these songs are biased upon girls, sex, murder, serial killers, movies, and control and the loss of. It is also a lyrical experiment, of sorts, where Garm is playing around with automatic writing and word plays. Very cool, if your ever find out what he's saying.
Musically, Daniel Cardoso's playing style is different from song to song, from the Meshuggah influence Masterpiece [of Art] to the jazz inspired Blunt Instrumental, or the electro-ballad It Hurts. Some have compared his style on this album to that of Faith No More, A Perfect Circle, or Tool, but that's all subject to opinion. One thing that can be heard throughout all the songs, particularly in the opener, Baby Blue, or the rocker, Watergate, is the dissonance of sustained guitar chords.
This album contains many great songs that all have their fair share of enjoyable parts. A person could easily find him/herself listening to one track over and over for one day, and another day finding another track better. But as stated before, this album is a bit of an experiment, where on a first listen it could almost be taxing to listen to every track. Best listened to entirely when you've opened yourself up for a day, then letting all of this inside to fill you up.
If you're lucky, try and find their cover of Seal's Kiss From A Rose.
Overall Score: 8.5
Highlights: Baby Blue, Skin Flick, Masterpiece [of Art], Blunt Instrumental, Seven, Rapid Eye Movement
Posted by maskofgojira at 1:21 PM