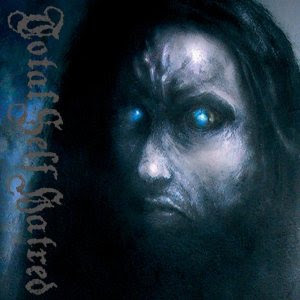 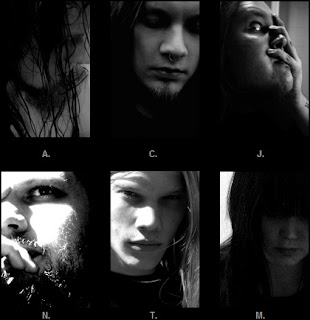 Join Me In Desolation.
Totalselfhatred is a black metal-ish band from Finland. Totalselfhatred is one of these newer bands like Fen or Wolves In The Throne Room, who take the sound pioneered by Burzum and morph it into their own. Why the term black metal-ish was used was because their not just a Burzum rip-off, they mix it with the whole depressive nature of bands like Trist or Deep-pression who use atmosphere to create an almost off putting type of darkness that not everybody may understand upon first hearing it.
Totalselfhatred's debut is filled with this depressive nature, but is still enjoyable in a way like Fen or WITTR. The songs are filled with atmosphere that could still very appealing to those who enjoy black metal or gothic music, or even as far as post-punk music. As the atmosphere never overpowers the sound of every other instrument.
All of the members in this band can play their instruments with precision. Every song never sounds so bad that you can't listen to it, which can't be said for some of the other bands in this depressive/atmospheric/"suicidal" genre. The overall sound of every song definitely benefits from their abilities.
One thing that can be said about this album is that you can hear every instrument clearly in the mix. Unlike most other bands, this goes even outside of metal or rock music, the bass is rarely heard, but on this debut, the bass is not just providing low end, it has an actual part in each and every song. One of the most impressive bass parts heard is in the middle of Ruoska, where he is just playing along with the guitars, but it is actually clear as to what he's doing. Another clear part in these songs is the keyboards, both singer/guitarist A. plays the synth as well as member M. does. The keyboards most important role is to provide an atmosphere, but there are sections, where piano comes out to be an essential part of a song. Songs like opener Enlightenment or Sledge Hammered Heart have piano parts that help to create that dark sound.
Guitars on the first 2 tracks rarely step into super fast black metal riffing, but one of guitarists A., C., and J.'s finest moments comes in Sledge Hammered Heart, where more tremolo picking appears fluently as well as some great sounding guitar harmonies. On probably one of the best black metal songs of the year this came out, 2008, Mighty Black Dimensions is a great track with a lot of variety in it. The guitars on this track in particular are spectacular sounding and don't overpower the rest of the instruments and never lose that almost post-punk vibe.
It has to be mentioned that A. (vocalist, guitarist, synth player) can actually do vocals. When listening to more bands in the whole depressive genre, you notice that they really can't do all that great a job when it comes to vocals. Others usually sound very bad, A. sounds like he has done his fair share of gunting/screaming in other bands. On some songs he performs semi-clean vocals without sounding bad, out of place, or cheesy.
This is an overall great debut album for any band. Definitely a band to watch and see what becomes of them. Enjoy this monstrous, unique album.
Overall Score: 8
Highlights: Enlightenment, Sledge Hammered Heart, Mighty Black Dimensions, Total Self-Hatred
Posted by maskofgojira at 3:24 PM