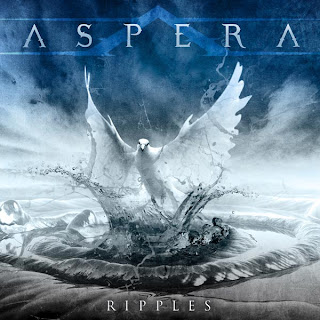 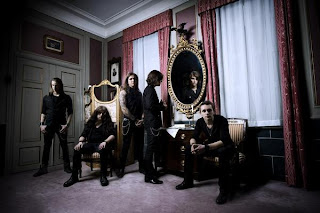 Aspera is a new band from Norway. Unlike those of you who know Norway as the capital for black metal, Aspera is a progressive metal band influenced by the likes of Dream Theater, Symphony X, and Pain of Salvation. This makes it a little interesting for those into the whole Norwegian scene and not just the one particular style.
Aspera is one of those bands that fans will either love or hate. This is because they have such similarities to their influences, and their obvious sounding. Not that any of these influences could be consitered bad, or even saying that this album is bad, what this means is that if you've listened to those bands, you've most likely heard what's going to be on this album before. There isn't a lot on here that fans of progressive metal haven't already heard in the newer prog scene bands like Pagan's Mind or Circus Maximus.
Though the previous comparisons are all respected in the community of prog metal, Aspera does have some more contemporary influences. The ones you can tell are from bands like Meshuggah, Pagan's Mind, and Redemption. Though these influences don't stand out like the others, they are still recognizable in the sound. Songs like Remorse or Catatonic Coma shows these influences more up front.
"Ripples" does have the signature that all prog metal bands have, excellent musicianship. Guitarist Robin Ognedal and keyboardist Nickolas Henriksen show dominance over their respective instruments with masterfully crafted solos and melodies. Though both of these are very heavy, the keyboards in particular the opener and title track, Ripples, show a large influence from psychedelic music. Where as Do I Dare? shows a lot of symphonic elements along with the Symphony X comparison.
Aspera also has a unique vocallist, Atle Pettersen. His style is very much a rock n' roll styled approach, which sounds weird for a metal band, but it fits. His vocal range is also very exemplary for his age. He shows a lot of potential and is worth actually listening to, because I know most prog fans will listen to the music rather than the vocals, but this guy is worth actually listening to.
Overall, this is a fairly strong debut album with both strong and catchy songs. Definitely a must for all fans of Dream Theater or progressive metal fans. If you like more old-school sounding prog metal, this is definitely in you boat, check it out.
Overall Score: 7.5
Highlights: Ripples, Between Black and White, Catatonic Coma, Torn Apart, The Purpose
Posted by maskofgojira at 6:59 PM