Neurosis - Enemy of The Sun 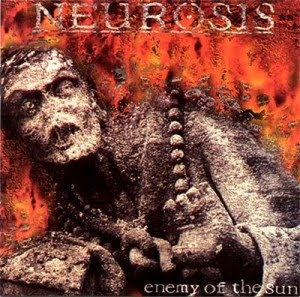 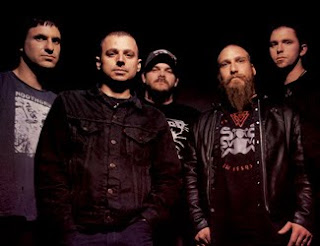 Dragged Into The Light.

Neurosis is one of those bands one could fall in love with for all of their tweaks and love for experimentation and growth. A name that has pioneered what some would call the "post-metal" style. "Enemy of The Sun" is where Neurosis' experimentation became the forefront of their sound.
"Enemy of The Sun" is filled with elements where bands like Mastodon, Isis, and A Storm of Light get a large influence from. Though this album is somewhat less recognized than their follow-up "Through Silver In Blood," this album is where Neurosis found their sound and pioneered many others as well. Filled with slower, more drudgy riffs, samples, and a large, dense atmosphere, this album still has the aggression of earlier records.
Opener Lost begins with a sample from the movie "The Sheltering Sky," which sets the mood for the song. Lost is filled with slow, hammering riffs that twist and turn around each other, with an atmosphere that is dense but not claustrophobic. While the follow song, Raze The Stray, starts with almost a tribal chant from a female vocalist. It then starts up with a more aggressive, almost punk like start before changing again into an acoustic section. While the overall song doesn't stay acoustic, then song retains a darkness that the chanting and acoustic section brought, but is a song that changes from fast to slow within moments of each change. After the two enormous opening songs, Burning Flesh In The Year of The Pig acts as a transition into Cold Ascending, a song that builds up upon itself until it explodes mid-way through the song.
The title track is one of the most powerful songs on this album. With it's very bass-orientated opening, it explodes into a monstrous dirge of a song. But what makes this song so strong is it's different sections, you have the more bass-orientated opening, but you also have sections with slow moving guitars, quiet symphonic passages, psychedelic moods. This song never stop shifting into a different form. While it's follower The Time of The Beasts is more straight forward in terms of song structuring, it is linked closer towards a doom style but still engages the listener by gradually building itself up with a wall of noise that begins in the background and slowly moves into the front of the sound.
The final song, Cleanse, is a monster of a song, being 26:35 long. This song builds upon a long, repetitive tribal drumming pattern with growing layers behind it. Sounds more up front than others include sounds the seem to be heard as didgeridoos, shouting and biting sounds, fog horns, and other unusual sounds. There are even some parts with almost breathing on top of these sounds. This song is massive sounding and constantly builds.
"Enemy of The Sun" is one of those records with staying power, one where you will find something new on it every time you listen to it. A record that builds upon each song with layers and layers of sound. This record is not one that will give up everything easily.
Overall Score: 9
Highlights: Lost, Raze The Stray, Enemy of The Sun, Cleanse

Posted by maskofgojira at 1:02 PM