Mnemic - Sons of The System 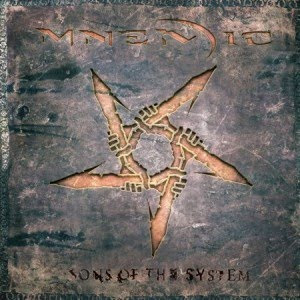 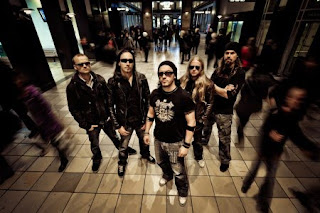 Just Some of The System's Many Sons.

Mnemic is that band who keeps trying, but it seems to get harder to get into them with each album. It's like that kid who keeps trying to be your friend, and you who you have a lot in common with him, but something just doesn't click. This basically describes Mnemic's sound.
As with all Mnemic records, "Sons of The System" has your elements of Meshuggah and Fear Factory. You have those technical and complex parts but you also have those electronics and almost mechanically performed songs. Mnemic has become a bastard child of the system that is coming back home after long periods of absence. What this means is that with each album, Mnemic seems to get almost more and more generic sounding.
Don't let that discredit their abilities though, guitar players Mircea Gabriel Eftemie and Rune Stigart still keep riffs pounding and crushing sounding. Their song writing could be put to better use if they wanted to, but they seem to just make songs so predictable. The guitar sound though, is very heavy sounding and does create that atmosphere perfect for Guillaume's vocals and plenty of keyboards. The bad thing is that no matter how crushing these guitars sound, the riffs they produce is never really anything new, it all feels like you've heard them before.
Guillaume's vocals though have become a better fit on "Sons of The System" than previous album, "Passenger," but never completely gets you going the way that former vocalist, Michael Bogballe, gave you. Even though Guillaume does sound more raw and real sounding over the previous album, they still have that whole kind of processed feel to them.
Things don't really catch on and sound different until The Erasing starts with more of a symphonic sound. Keeping with a more simplistic and harmonized sound; this song has more of a mid-paced feel and allows these symphonic keys to add a different atmosphere to the song and gives Guillaume big spaces for his vocals, which stand out much more on this song.
The overall sound of this record is generally the same throughout with either more mid-paced songs or the occasional faster song like Diesel Uterus or Climbing Towards Stars. It only gets interesting when March of The Tripods opens with more wide and open sound with a slower groove that allows cleaner vocals to be used for the most part in the song. After that, it pretty much goes back to the fast and mid-paced stuff, without much difference.
The overall problem with this record comes with the band making promises that they don't live up to in the long run. The band said that this album was filled with more experimentation and would be more catchy. The experimental part could be said for some songs like March of The Tripods for it's slower song structure, or Hero(in) because of it's more stop-start nature similar to Mnemic's older material; but the catchy part doesn't really fit, most songs aren't that memorable, generally losing interest half-way through the song.
Overall, there isn't much on this album that you haven't heard on a previous Mnemic album. There are a few standout tracks, but the overall package is lacking in what the band promised. If you're a Mnemic fan you'd probably go out and get this album, but otherwise pick up an earlier album.
Overall Score: 6.5
Highlights: Diesel Uterus, Mnightmare, The Erasing, March of The Tripods, Elongated Sporadic Bursts, Within
Posted by maskofgojira at 1:36 PM