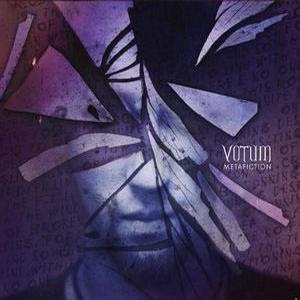 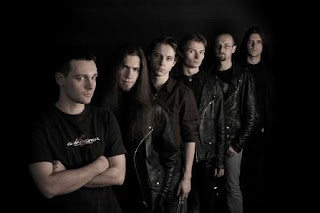 Votum is a progressive metal band from Poland that only their debut only in 2008. That debut showed elements of more progressive metal and rock elements mixed with more alternative and gothic styles. "Metafiction" shows a different, more mellowed out personification of Votum's sound.
"Metafiction" really never bursts out into full blown metal sections like it's predecessor did. This record contains a more clean and jazzy guitar styles while also featuring a more on melodic playing. The keyboards and vocals are the main focal point on this album. With more piano based melodies and ethereal atmospheres that compliment vocalist Maciej Kosinski's very sorrowful vocals.
Opener Falling Dream is very piano based and open sounding. This sound accentuates the overall atmosphere that Kosinski's vocals bring to the song. Allowing a very mellow opener, that only really heavies up during it's chorus. Though it is over 9 minutes long, it goes by fairly quickly, never seeming to drag on and on. While follow-up song, Glassy Essence, has an almost dream-like quality. With more distorted guitar riffs, but with a very big sounding presence due to the more symphonic elements that keyboardist Zbigniew Szatkowski brings to the more heavy parts of the song.
No song on this album really stands out like the Porcupine Tree-esque Home. Feeling very reminiscent of the mentioned band, the overall tone and sound of this song feels very ambient, but has a very progressive structure, evolving from more jazzy beginnings to the more heavy ending. It comes as one of the most complete sounding songs on this album.
The heaviest song on this album comes after the ballad Faces, in the form of Stranger Than Fiction. This song features a very strong melody with a catchy chorus. This song strays back to the style on Votum's debut album, with more melodic heavy guitars, but strong presence on the keyboard. The song features a screaming vocal delivery on Kosinki's part the more violent sections of the song.
This final song, December 20th, feature the most progressive performance on this album. This song has elements of more traditional prog rock, but also elements of jazz, funk, and metal. While containing all these elements, it is delivered in a less fluid manner compared to the previous songs, which is an interesting change of pace. An interesting song to hear.
Overall, this album is filled with more jazzy, atmospheric songs rather than the more blasting moments of their debut. "Metafiction" is an album that is sure to water the mouths of PT fans or more progressive rock fans. While it's not as heavy as many other prog metal albums that came out last year, it is one of the most interesting to listen to completely. Definitely worth checking out.
Overall Score: 8
Highlights: Falling Dream, Home, Stranger Than Fiction, December 20th
Posted by maskofgojira at 4:25 PM