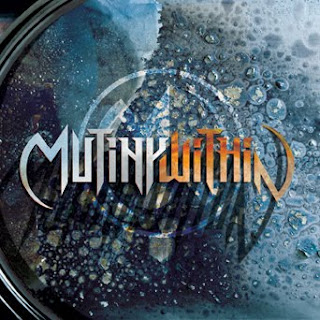 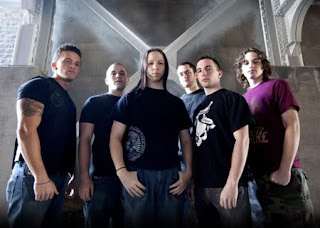 The New Breed of Melodic Metal.

Mutiny Within is a fairly new band in the metal scene. Having only been in existence since 2002, this 2010 debut is filled with different elements of metal that could appease fans of more melodic metal, metalcore, or more technical and progressive fans. A new band has not shown a sense of melody and technicality in a debut since a band like Killswitch Engage's debut and second albums. Mutiny Within has all the catchy without and of the more brutal elements being lost.
Being only a debut, this album shows a strong sense of songwriting abilities. Songs like Awake and Images show both the ability to have enormous choruses as well as more progressive tendencies. Having been crafting these strong songs since before being signed shows a great amount of penitential in this band.
Vocalist Chris Clancy helps to define the overall sound of this band with his more clean approach to vocals. Saying in interviews that his influences lie more in singers like Bruce Dickenson, it shows a more old-school approach towards his clean vocals. He also shows a strength in screams, not being much in the realm of death metal or black metal, somewhere in the more metalcore style, but not being enough to put them into a metalcore basket.
Guitarist Dan Bage and Brandon Jacobs show a lot of influence from the more melodic side of metal. Influences can be traced towards bands like Children of Bodom, In Flames, Killswitch Engage, and Soilwork, but their sound cannot be defined as really sounding like any of these bands. Taking a more technical approach towards their playing compared to their influences, they are able to express more emotional avenues for vocalist Chris Clancy.
A big part of Mutiny Within's sound is the keyboards. Andrew Stavola uses the keys for both background and upfront atmospheres and textures. Either the more gothic feel of Year of Affliction or the Stratovarius like solo on Images and the COB styled one on Forsaken.
Every song on this album features a huge sounding chorus. Every on of these songs will have a hook stuck in your head at one point or another. Clancy delivers giant vocal hooks, sounding like a mix between Maiden's Bruce Dickenson and KSE's Howard Jones, but both of these guys would have to be like 20 or so to fit Clancy's voice.
Overall, this is a great debut filled with giant hooks. A good album for fans of more melodic or more traditionally performed metal. This band has a lot of great things about them, but only you can make the choice over what you like best.
Overall Score: 8
Highlights: Awake, Images, Year of Affliction, Lethean, Oblivion, Suffocate
Posted by maskofgojira at 2:54 PM