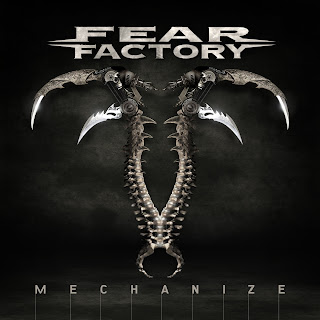 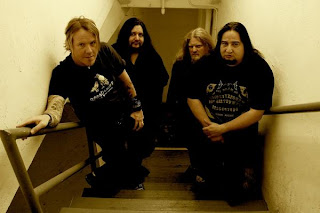 A return to form!

Fear Factory has reappeared stronger than before. Mechanize shows just how much improvement can be made when a founding member returns to the fold. In FFs case, Dino Cazares has come back to reclaim his rightful place in the band. Readjusted with half of SYL in this line-up, Byron Stroud on bass, who has been with FF since Archetype, and Gene "The Machine" Hoglan on drums. With the already all-known man, Burton C. Bell, on vocals again.
With all of these factors in place, Mechanize is a return to form after the more experimental albums with Christian Wolbers as the main songwriter, Dino has brought back all the aggressiveness back into FF. Fans will be happy to know and hear that this album is all that Bell claimed it to be. The intensity of Soul of A New Machine mixed with the songwriting of Obsolete. Songs like the title-track and Christploitation show a definite SoANM vibe, while songs like Powershifter have a more Obsolete/Demanufacture style.
A definite change in this album though, is in the drums. While Raymond Herrera is always going to be the classic and perfect drummer for FF, Gene proves he can more than compensate for Herrera's absence. The extreme drumming Gene has done in the past is definitely showcased here in perfect form. Another change, this one maybe more obvious, as if the last on wasn't, but with half of the SYL line-up, the rhythm section, on this album, "Mechanize" definitely has a little bit of an SYL feeling to it. Some songs you could hear Devin singing if it were used as one of his. But fear not if you are more inclined to listen to 2004's "Archetype" or 2005's "Transgression" albums, the experimental nature is still here and there on this album. The last three tracks of "Mechanize" are where these moments are shown the clearest. Designing The Enemy shows a definite progressive nature from "Transgression." While Metallic Division is a small industrial interlude between the mellowest song - Designing The Enemy - and the epic closer - Final Exit. This last song is about 8:30 minutes. Final Exit has a little bit of everything from every FF album.
Overall Score: 8.5
Highlights: Mechanize, Powershifter, Oxidizer, Controlled Demonlition, Final Exit
Posted by maskofgojira at 12:10 PM