Hiroshima Will Burn - To The Weight of All Things 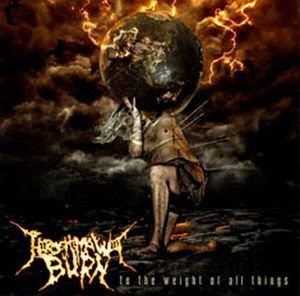 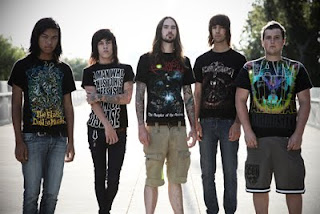 Necrophagist, Anyone? How Bout' With A Dash of Faceless?

Hiroshima Will Burn is a technical death metal/deathcore band from Melbourne, Australia. What have you will the genre of death metal/deathcore, if this band is one thing, they are technical. The only other bands you could really rip this band from the same cloth as would be The Faceless or Beneath The Massacre.
Hiroshima Will Burn's debut is undoubtedly fast, brutal, and technical, but also has a sense of more sophisticated song writing. Making songs complex musically, but having a sense of rhythmic timing and pace with how changes will happen. It never comes off as too overbearingly technical or too much like one band or another in influences. As for the whole deathcore thing title this band gets, yes, there are breakdowns, just like The Faceless and BTM have, their there, but it's not like a -core breakdown.
Opener Methodical Disfigurement definitely owes a debt to bands like Necrophagist or Spawn of Possession, but still has that sense of melody placed in certain areas of their sound. While Martyrium definitely takes elements of Meshuggah. Influences appear everywhere in this album, and you could go on and on about these comparisons or how their ripping another band's sound, but since it is a debut, you have to expect influences to be heard.
Whatever category or genre you put this band into, there is no doubt that you will find these kids impressive. Their in the same category as the bands mentioned above, being very young but being greatly gifted in terms of writing and song creations, combining the brutality of their predecessors with a new found technical association and aspects. Although this album is definitely rooted in the death metal vain, HWB show more influences, like the jazzy instrumental Laberinto or the more black metal tremolo picking on Enigmatic Consumption.
Vocally, Anthony Melbourne, shows a good range. From more brutal death metal grunting to more metalcore screaming. He shows more preference to the lower register in most songs, but branches out into mid-range and higher screams for others.
Overall this is a band you should check out. Although this will be their only official release, since they broke up, this band showed an incredible amount of potential. Definitely worth the look up.
Overall Score: 7.5
Highlights: Methodical Disfigurement, Laberinto, Defilement, Ad Pondus Omnium
Posted by maskofgojira at 7:51 PM