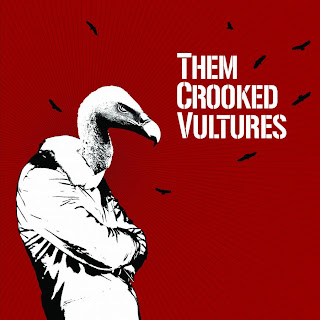 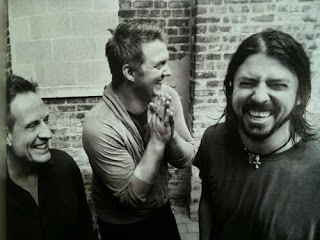 This band is in need of no introduction with living rock legends galore. But for those uninformed, Dave Grohl (Foo Fighters, Nirvana) plays drums, Josh Homme (Queens of The Stone Age, Kyuss) on guitar and vocals, and John Paul Jones (Led Zeppelin) on everything else. Hard rock pedigree in every sense of the word right here.
What you have here is a mix of everything these guys have done in their respective bands mixed together in a "garage setting." You get the hooks of modern Foo Fighters, the psychedelic feel of QoTSA, and the experimentation of Led Zeppelin. All of this is done in the already mentioned "garage setting," and what that means is that this record sounds like you could be hearing these guys jamming on a stage in a bar in front of you. It's polished, but gritty, well produced, but not over produced. It's gritty, it's hooky, it's a great listen.
With these rock legends meeting in a way like this, may people, who were aware of this, weren't sure of how this record would turn out. All you have to do is listen to tracks like Mind Eraser, No Chaser or Dead End Friends for those hooks to latch into your head and get stuck there. This is what rock n' roll was and should be.
The diversity of this record is easily recognizable upon a single listen, but are not boring in the least. The blues tinged licks on Scumbag Blues or the punk aggression on Elephants are easily heard. Listen to the almost progressive Reptiles compared to the minimalism of Interlude With Ludes. This whole album is filled with different styles and effects.
When listening to this album, nothing seems faked or contrived as a way to make money. This seems more genuine and doesn't come off as standoffish. A good listen for all fans of "REAL" rock n' roll, the way the classics made it.
Overall Score: 9
Highlights: Mind Eraser, No Chaser, New Fang, Dead End Friends, Elephants, Bandoliers, Reptiles, Caligulove, Gunman, Spinning In Daffodils
Posted by maskofgojira at 2:04 PM