Arsis - Starve For The Devil 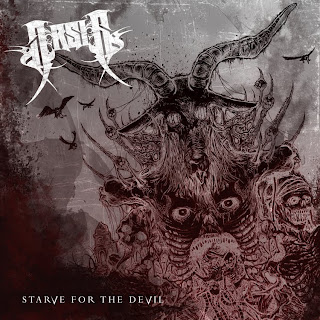 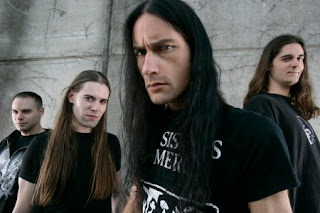 Rock On, In The Name of The Devil!

Arsis' new record "Starve For The Devil" is a fist in the face of all those people who thought that Arsis had broken up. This record is an accumulation of every element an Arsis fan could want from them. An album that rocks hard and rocks well.
From the get-go of opener Force to Rock to the troubling closer of Sable Rising, Arsis prove that this is what they wanted to prove. James Malone proves on the album that he can school almost every other metal guitar player who has come out in recent years with relative ease. While this fact has been tried and proven from previous releases, it on this album where the songwriting has become a much more accessible and direct approach to a new listener. A fan of bands like Children of Bodom, The Faceless, or Unearch could all find something on here that could appeal to them.
Though still firmly rooted in the technical/melodic death metal genre, "Starve For The Devil" adds more almost progressive touches to certain songs while still making them incredibly catchy. The new additions Nick Cordle and Nathaniel Carter, on guitar and bass respectively, and longtime drummer, Michael Van Dyne returning to the band, add the most varied songs to Arsis' arsenal yet. From the very 80's esque thrash Forced to Rock, the very melodic death metal vibe of Beyond Forlorn, and the hookiest song in Arsis' roster yet, Half Past Corpse O'Clock, these songs add different colors to this band's ever evolving sound.
An improvement that has been made on this album is the drumming that Michael added to the band that was not on the previous album, "We Are The Nightmare." The drummer on that album in particular, Darren Cesca, provided a much more constant double-bass attack that became irritating during mellow sections on that album. Michael's drumming features that double-bass work but isn't as persistent in every song that it becomes annoying. Adding in more simplistic drumming patterns or more technical patterns is what keeps this album interesting, when listening to the drums.
New guitarist Nick Cordle seems to be a fitting partner for Malone on this album. Cordle keeps the technical and melodic rhythms up while Malone is more up-front, but comes up and doubles him or performs and equilly great solo with him. Cordle seems to increase the more melodic elements of Arsis' sound on "Starve For The Devil" as appose to previous guitar players who maybe focused more on the technical aspect.
The only real bad point in this album is the cheesy song titles. Malone usually creates some cool sounding titles, but the song title on this album are just really as cheesy as a death metal song title can be. Half Past Corpse O'Clock, although being on of the catchiest songs on this album, is just a bad title, it sounds like something Children of Bodom might name a song.
This is an overall great return for Arsis. Their most melodic album yet, it is sure to gain them a wider audience in their touring cycle. This album is great and catchy, definitely worth picking up is your a long-time fan or good listen for newer ones.
Overall Score: 8.5
Highlights: Forced to Rock, A March For The Sick, Beyond Forlorn, Closer to Cold, Half Past Corpse O'Clock
Posted by maskofgojira at 8:08 PM