Toby Driver - In The L..L..Library Loft 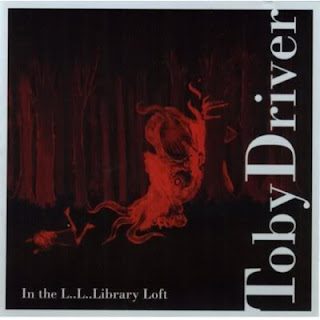 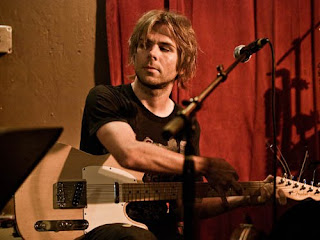 Being Lost In A Library Can Be A Good Thing.

For people who don't know, Toby Driver is the driving force behind bands like Maudlin of The Well and Kayo Dot. Both of these bands being very into experimental music and atmosphere. Most of the compositions by these bands were long and involved a lot of improv to ambient, drone, shoegaze, or other forms of experimental music. For the fans who are sort of familiar with Driver's previous bands, they can have some sort of expectation as to what will be on this record.
As with his previous bands, Driver's solo album is an experiment with ambient and chamber music, with droning sounds and bells and whistles throughout. Unlike his previous bands, this solo debut is filled with darker and somewhat more intense, atmospherically, sounds, but also very open sounding. At some points in this album, this atmosphere can become even more intense than most of his more metal work, such as the last 5 minutes of Kandu vs. Corky (Horrorca).
In that song particularly, the music is very spacious but gradually builds into one of the heaviest pieces on this record.
The Lugubrious Library Loft on the other hand is very spacious and very jazzy, with a long piano intro and building into a gypsy-esque part with droning bass in the back round, and then shifting completely into a quazy-soundtrack type of vibed song. Brown Light Upon Us proves to be the most droning song on the album, with long droned out bass passages intermingled with marching styled snare hits and screaming animals in the back round. The song ending in a long droning section for the final 7 minutes or so. But the final song, Eptaceros ends the album in the epic sounding way a soundtrack would, somewhat like the "Twin Peaks" sort of vibe in this song. Containing a more cinematic feeling with more orchestral sounds and instruments taking the place of droning bass or tribal drums. The song progresses a bit slower than the rest of the songs, but ends the album by transforming into a 50s or 60s like jazzy crooner styled piece.
Overall Score: 7.5
Highlights: The Lugubrious Library Loft, Eptaceros
Posted by maskofgojira at 3:49 PM