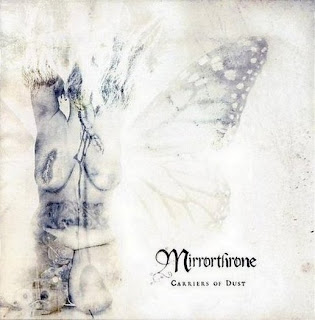 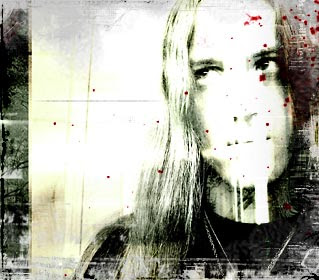 Mirror His Disgust With Beauty and Perfection.

Mirrorthrone is the one-man band created by Vladimir Cochet. Though he has many other projects, Mirrorthrone is by far his most expansive in terms of music composition and creativity. "Carriers of Dust" is a masterpiece of modern metal, combining aspects of the past, present, and future into one.
For those unfamiliar with Mirrorthrone's unique take on metal music, it is a journey into those styles of metal and classical music. Vladimir's influences combining the aspects of black metal taken from bands like Emperor, Abigor, or Ulver with the neo-classical approach of bands like Dream Theater of Symphony X; this by itself is fairly creative, but adding the elements of late Baroque and Romantic period classical music into his own musical compositions. "Carriers of Dust" takes the brutality and intensity of metal in general and blends it with the atmospheres created by the orchestras.
A 4 track affair, "Carriers of Dust" is its own journey in every song, from the brutality of 4 minute Mortphose to the progressive swirlings of the 22 minute epic of Ils Brandiront Leurs Idoles. This album is an algorithm of different concepts and ideas that create new paths into unknown musical territories. Vladimir has accomplished this epic alone showing his talent for writing and composing unique musical soundscapes.
Probably the most famous song on "Carriers of Dust" is the opener A Scream to Express The Hate of A Race. This song, being the only track fully in English, expresses a take on humanities own self-destructive tendencies and a disgust towards them. Being tagged as a neo-nazi or white power lyric driven song, it has been treated as an undeserved tag for Mirrorthrone. Vladimir rectified the situation with a statement after hearing of these tags and rumors.
Musically, Vlad mixes heavy guitar biased melodies found in more melodic metal genres with brutality of death metal or black metal. The neo-classical element is also found in his guitar playing, especially in his solos, bringing a new element into otherwise more orchestral biased songs. The bass is present, but not overall present in the songs. Drums are programmed, and are never overdone as some bands do. The drumming programmed into this album fits every song, never going overboard into gravity blasts or 500 BPMs per minute.
A strong presence in this album is the keyboards/orchestral programming, taking a large part of creating both atmosphere and melodies. As stated before, these works are influenced by the late Baroque and Romantic eras of classical music. The more grandiose playing of these more orchestral parts take over as much of the mix as the guitars, if not more.
Vlad's vocals are also very diverse, showing the ability to do black metal screams, death metal grunts and roars, as well as just performing more classically performed cleans. A highlight in this album, in terms of vocals is in the song A Scream to Express The Hate of A Race, about half way in the song, all the music stops and Vlad sings in an almost a capella choir styled performance.
Overall this album is a masterpiece of modern music. Combining element of metal and classical for sure, but also the elements of folk, progressive music, and choirs. A definitive album that has been overlooked by far too many people. This is must buy.
Overall Score: 10 - Classic
Highlights: Every track is a highlight
Posted by maskofgojira at 5:11 PM