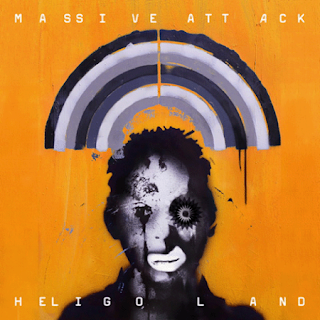 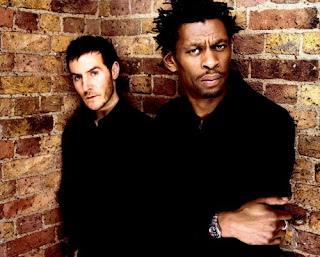 The Masters of Trip Return, But Stumble A Bit.

Massive Attack is one of those essential groups you almost have to like if you're into the whole trip-hop scene. Being able to mix sexy beats with subtle percussion and low-key vocals is what made this group such a big name. Having been on hiatus for a few years, they have returned with a newer and darker album than "100th Window."
"Heligoland" is a very dark sounding record with a lot of little things going on in it's quiet sound. From the very sexy opener Pray For Rain on, you get that the whole record is a statement that Massive Attack is back. It's not to say that this record is not without it's flaws, but it has a sound that is very modern, but still kneels before that of "Mezzanine."
Some of the songs released on this album were released on an EP that preceded this album. The "Splitting The Atom - EP" featured the tracks Pray For Rain, Splitting The Atom, and a remix of Psyche. The two tracks that were not remixed remain the same, but feel more complete in the setting of an album.
As with previous Massive Attack records, there are a lot of guests and collaborators on these songs. Guests include Tunde Adebimpe, Horace Andy, Martina Topley-Bird, and Damon Albarn. This, as with all Massive Attack records, gives the record a very eclectic sound.
Each guest brings with them their own touch towards the sound of the song they guest upon. Tunde Adebimpe is very laid-back sounding in his performance in Pray For Rain, while Martina Topley-Bird has multiple harmonies going on in her rendition of Psyche.
Paradise Circus is one of the standout tracks on this album because of it's very dark atmosphere. Possibly the darkest sounding song on the album, it's accompanied by Hope Sandoval's very subdued vocal melodies. The overall sound of the song is almost intoxicating. While Saturday Come Show, with Damon Albarn from Blur and Gorillaz, opposes that with a moving vocal performance. With painfully sung vocals that will sick you down to those dark places in your soul.
This album has a lot of really cool songs on it that will get your body movin'. Although very good, it is, already stated, not as good as "Mezzanine," but it's hard to find a trip-hop album that does compete with that one. This is a record that will appease fans of Massive Attack as well as those fans of the genre.
Overall Score: 7.5
Highlights: Pray For Rain, Splitting The Atom, Girl I Love You, Paradise Circus, Saturday Come Show
Posted by maskofgojira at 7:27 PM