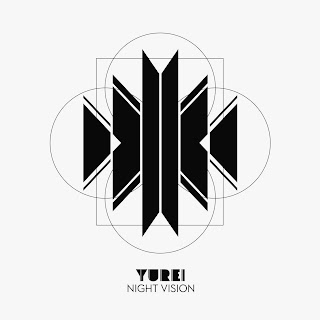 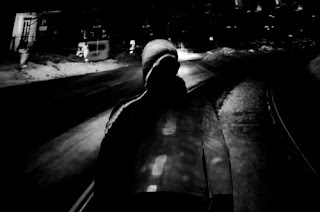 When I first found out about Adversum records about two years ago, one of their first releases was Yurei's Working Class Demon album. That album was a strange and odd mixture of black metal with a lot of jazz, resulting in an album that was as strange as it was dark. Now, Yurei returns with an even stranger piece of work.
Like I said of Yurei's debut album, it's a project that will more than likely polarize half of the people who listen to it. Bjørge Martinsen is extremely talented at taking the black metal sonic palette and essentially filtering it through extremely strange jazz, among other genres. If you aren't totally turned off by the one-two combo that begin this album, instrumental opener Insomniac Bug Hunt and Reborn In Reveries, you should pretty much be fine with the rest of the album. The chord voicings on here are just crazy dissonant and weird that it makes these relatively simple songs (structurally speaking) so much more interesting to sit and listen to. In addition to that Martinsen has one of those voices that is extremely dramatic, I'm sure to some over-dramatic, and over the top, which is something all of my favorite vocalists manage to have and use to their advantage, though it could just as easily backfire and become incredibly annoying and aggravating. What perhaps makes Yurei such an interesting project is that Martinsen never tries to obscure anything he's doing on here. This is a very stripped-down album, you have your basic set-up of guitar, bass, drums, and vocals, so all the ambiance on this record is created naturally. That ambiance is very tense and claustrophobic by the way, making the album all the more difficult to get into. There are some ideas on here that do make me remember another Adversum band (who have yet to release their debut album) M. in certain points.
This album does make things just a little more interesting than the debut album though. The use of organ and synth as a prominent instrument in the mix really does make a difference on a handful of the tracks on here. A track like the Sleepwalkers In Love dance over into waltz territory that change the otherwise rather strange track into something perplexingly memorable and catchy. It's so weird that this album is probably a lot more accessible than the debut, but I found to be a more challenging album to listen to. The ideas ranged from being extremely tough and at times rather grating, 3.00 a.m. Revolt, to being very unique and grabbing, Ditt Monument; and I don't mean for that to give the impression of bad songs, they were just very hard to get into. Personally, I found the vocals and guitar lines to be more infectious than the bass work, which has been turned down quite a bit in the mix on here, which is kind of the opposite from how it was on the debut record for me.
I was strangely captivated by this album, much more than I thought I would be actually, and found myself rather enchanted with it even after the first listen. It's something I don't expect to find a huge audience, but will be loved by those who do grasp what it's trying to do. If you're a fan of experimental jazz or really out-there black metal (to the point of not even being metal anymore), than definitely go out and seek this record. Or if you're just a weirdo like me who goes out of their way to look for stuff like this.
Overall Score: 8
Highlights: Reborn In Reveries, Dali By Night, Ditt Monument
Posted by maskofgojira at 11:08 AM