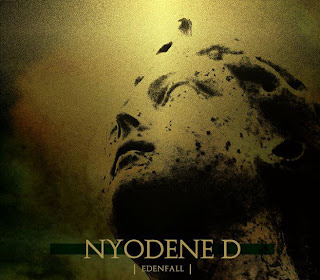 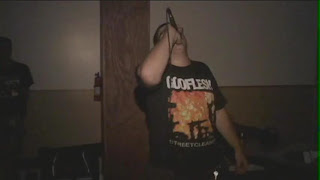 As I have stated time and time again, I don't think I'm all that qualified to cover noise releases since the genre is still very wide and open to me. It's only through labels like Malignant and Utech (and to an extent Handmade Birds) that my scope of the genre has broadened. So when I get a new album from an artist from one of these labels that I'm unfamiliar, I have learned to go in expecting the best because they rarely disappoint.
I'll get my biggest gripe with this album out of the way first just for the sake of a change in structure, the vocals. Now, I'm used to the way vocals are presented in this style of music, but more and more I'm becoming less enamored with them. I'm just getting sick of the overly effected vocals in power-electronics, for once I would just like to hear someone literally scream their brains out without the aid of distortion or chorus effects on their voice. Now that I've gotten that out of the way, I'll get to the rest of the album, which is a more positive experience. The noise exhibited throughout the record is very interesting in that it feels a bit less random and improvised than almost any other record I've heard from the genre, though if you come into this expecting to hear certain parts repeated or maybe even a chorus, you will be sorely disappointed by what you do end up hearing. To me it just felt like on certain tracks, there were ideas that were used more than once where it allowed for a sense of repetition to sort of wash over me. It also felt as if there was more effort into allowing structure to occur by allowing more sounds, noise if you prefer, to enter into a track, slowly increasing the depth and scope of the track in question, Damnatio Memoriae, until it feels like there was actually something accomplished within its ten minute length other than a barrage of noise.
I'm not saying that this is the album that will convert those who aren't already accustomed to noise and power-electronics, but it's a pretty solid album if you are already a fan. There are a lot of ideas and structural choices that I really like on here, but there are certain traits that it adheres to that I'm not too crazy about; although, it has to be said that some of those traits are staples for the genre. I wouldn't say that those traits are bad, but to me I guess I've just heard them too many times to the point where I now don't find them as endearing or interesting as I once did, they're not bad, just not quite as engaging. I'm well aware that someone reading this who really enjoys power-electronics will read this and either comment below or somewhere else about how I don't understand what I'm talking about and how this doesn't make any sense, and really, that doesn't matter. Me feeling that I've grown rather tired of some of the tropes that the genre plays around with quite frequently isn't something I'm going to hold this album accountable for because I would feel the same way if it was a different album. The droning low-end, the aforementioned effected vocals, and the bursts of distortion aren't things that this album would exist without, and in certain doses, I'm sure I would be perfectly fine with them. Personally, the album highlight was the closer Borne On Vulture's Beak, I Am Carried Into The Heavens, which is a track that takes a much more subtle approach towards the project's sound. Focusing mainly on atmosphere and low-end bass drones while vocals are howled in the foreground. I don't think it's any stretch of the mind to say that the idea isn't original, but it's performed in a way that I found grabbing and, in a way, disturbing, enough to always make me pay attention no matter what else I may have been doing.
There really isn't anything inherently wrong with this album, in terms of what it does within its genre, I think I could call this a success actually. As I said above, this is a solid piece work that is likely to please fans of the genre. If you happen to enjoy power-electronics or noise based music I highly suggest looking into this album.
Overall Score: 7.5
Highlights: Nihilation, Borne On Vulture's Beak, I Am Carried Into The Heavens
Posted by maskofgojira at 12:09 PM