Sutekh Hexen are obviously a very prolific group and have earned some major praise this year from their output thus far. These two newest releases demonstrate a shift in tone since the departure of Scott Miller and Lee Camfield. As always, the first album is reviewed from 1-10 and the second EP is reviewed from 1-8. 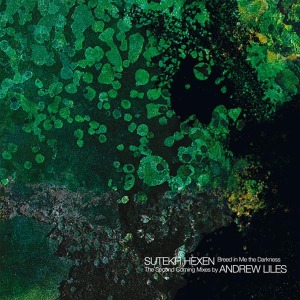 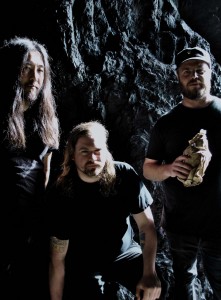 Obviously Sutekh Hexen is a group who's evolution has really been the focus of their output this year. With releases both last year and in 2010, the band showcased their roots in extremely noisy and raw black metal. But this year, each release from them sees them moving away from that into something far more abstract and even more brutal.
The first thing I have to say in regards to this record is that it is the longest release with the Sutekh Hexen name attached to it. Even though only about eleven minutes of the entire album belong to the band's own material, or original material I should say, and the rest is devoted to Andrew Liles' remixing and reinterpretations of their songs. Liles' takes both tracks into very different realms, with his interpretation on We Once Walked Upon These Coals (...To Save Us From Satan's Power Mix) taking the track into very dark ambient inspired realms before morphing it into something more psychedelic and trippy using a freaked out guitar solo section. Selling Light to Lesser Gods (He Is Risen Mix) keeps things dark and moody, though quite creepy through the use of choir effects. About two-thirds of the way through, the track goes through a bit of a roller-coaster kind of structure, where you have some harsh noise that breaks down into pure ambiance, then into some noisy black metal that builds into some more caustic noise waves. In between these two reworkings, we have to two original tracks by the band who have taken things in a much more open-ended sort of direction for these two tracks. There's far less intense guitar buzz and more haunting ambiance and industrial clangs for their original version of We Once Walked Upon These Coals, but Selling Light to Lesser Gods is definitely a treat if you're into their older material. It's pretty much the exact opposite of the last track, it's raw and brutal with everything distorted to the max and the entire mix sounding like it's going to collapse into corrupt file sort of deal. It's great. The entire thing might not be for everyone, but if you're interested in hearing a band experiment, definitely check this release out.
Overall Score: 8
Highlights: We Once Walked Upon These Coals (...To Save Us From Satan's Power Mix), Selling Light to Lesser Gods 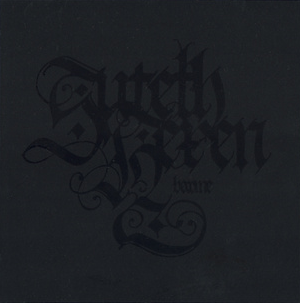 Then we have this very limited release from the group. With two tracks, each about fifteen minutes each, what you get is the band pushing their sound even further into the realms of noise. Opener Five Faces of Decay begins with Kevin Gan Yuen's intense guitar play that slowly falls into the background after the opening moments of the song and is changed into a much more amorphous sort of track. It's interesting because the guitar work can certainly be heard throughout, but it acts more as a foundational sort of idea rather than a leading piece in the song. While the track is definitely solid and well done, I did find it to be a bit tiresome to actually listen to. But The Voice - The Void was another story all together, seemingly abandoning black metal for the majority of it's length and just delving straight into a droning noisescape. Personally, I found it a whole lot more interesting and exciting, with the track actually showing range to it's intensity rather than just maintaining the anger for a straight fifteen minutes. It's probably the best meeting of black metal and noise that the band has done yet, at least in my opinion. I'd definitely recommend listening to this, and certainly buying it if you are able to find a copy (which would probably go for a shit ton of money based on how few there were made). But yeah, if you're a fan, this is just another great addition to your collection.
Overall Score: 7
Highlights: The Voice - The Void
Posted by maskofgojira at 10:12 AM