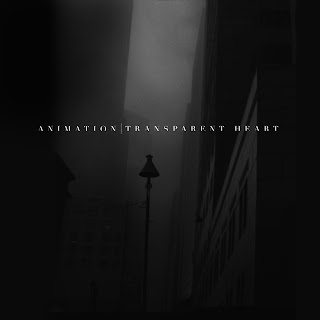 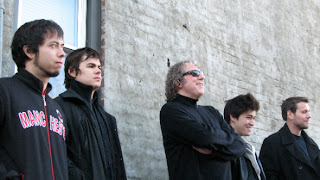 I first found out about Animation a while back when I was sent their reinterpretation of Miles Davis' Bitches Brew album. I really enjoyed that release and it really changed that album into something modern and morose sounding. I remember first seeing this cover art and I just knew that this would appeal to me.
Unsurprisingly, this is the sort of record that really makes jazz worth listening to, at least in my opinion. As it should, the music reflects what I liked about the cover art, it's dark, moody, very atmospheric, and relaxing all at the same time. Now, of those four adjectives, the one that will more than likely pop out as being out of place is relaxing. I use that term because, unless it's really abstract or free-form, I do find a lot of jazz music quite relaxing, and this album is no different in that regard. But as for the other adjectives, I think that all those people who listen to this record will agree with them. There's a darkness to this album that really works in its favor. While I was listening to this I could easily picture the empty streets of New York City at night, sort of like a 50s noir film. I could just see those flickering street signs to underground clubs, lone prostitutes and criminals wandering the streets, that occasional guy leaning against a building smoking wearing an overcoat. For me it was sort of like what the soundtrack might have sounded like if David Lynch remade The Man With The Golden Arm with Angelo Badalamenti doing the score for it. Ok, maybe I'm going a bit overboard when it comes to the pictures I imagine, but it's great because I don't often get that from jazz music and find it more in other styles.
Sonically, despite being a jazz record, there were several points where it almost felt like trip-hop. Granted, the drums never fell into electronic percussion, but the beats that were played had that sound to them. The sort that just give the music this sexy kind of vibe that I don't typically associate with jazz. I just really have to give it up to Matt Young for doing an excellent job on the drums. In addition to bringing that sort of trip-hop kind of drum style to some of these songs, he also brings a lot of energy to the group. I found myself repeatedly being drawn to what he was doing over what the other four members were. In a sense, and it's only striking me as I'm currently writing this, but some of the playing on here did remind me of another jazz group who I thoroughly enjoy, Bohren & Der Club of Gore, but nowhere near as ambient as that group can get. While the entire album was well crafted, I found that the track where everything fell into place was on Provocatism. That track probably featured the best of everyone in the band. The drum and bass work were spot on, providing an absolutely killer groove for the other three guys to work off of. The sax solos were great and the keys really helped to underscore everything and give it a sort of melancholic kind of vibe. The song is really just a fantastic piece of music.
Even though I came into the album knowing that I would like it, I was actually really surprised by how it exceeded my expectations. This was a very pleasant surprise for me and is definitely among the best jazz albums I've heard in a long, long time. If you dig jazz or dark music in general, I'd say that this is a must listen for this year.
Overall Score: 9
Highlights: Terra Incognito, Seven Towers, Provocatism
Posted by maskofgojira at 11:32 AM