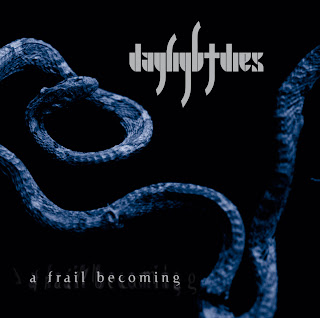 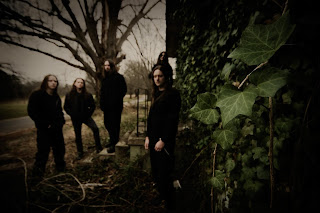 There was a point about four years ago when I was absolutely obsessed with Opeth (though I'm sure most metal with brains have gone through that phase) and searched for any band who sounded like them. It was around this time that I found Daylight Dies. It's been four years since I've heard new material from them, and I was very excited when I finally got a copy of this a few months ago.
I don't think it will come to anyone's surprise that Daylight Dies are among the best bands doing anything with the melodic death metal genre to emerge within the last decade or so. Sure, they're influences clearly come from Opeth and Katatonia as much as Dark Tranquillity, but the influence is there, and that's what drew me in when I first heard them. The band value melody and mood over simply being catchy and they don't resort to clean vocals on a chorus because it's "the way to write a song", if they use clean vocals, it's because they fit the part. This is something they've demonstrated on pretty much all of their full-lengths, and I bring it up because not only is it still true for this album, but it's a lesson that many, many bands don't yet know - whether they happen to be playing doom or melo-death or prog-metal, or whatever. Learn from a band who knows what they're doing, listen to Daylight Dies. More specific to this album is the shifting tones in atmosphere, from uplifting to melancholic, though honestly, the shades of melancholy are varied enough to where it doesn't sound like a single continues loop. This is an album where the band clearly stay within a certain frame of mind, the doomed, depressive, and morose one, but are starting to see the light, and that comes through in a few choice tracks on here.
When I listen back to this album, and think about how it compares to the band's past three full-lengths I actually think I can say with confidence that this is the band's best. It's a tough call because I think that Dismantling Devotion is one of the best modern doom metal albums to come out in the last decade and is a real unsung gem in my opinion, but this one is just as good, if not a little bit better. The melodies are stronger, the atmosphere is more varied, and the vocals are a lot more powerful. Nathan Ellis' growls are just so much more robust sounding, and don't sound as though there's as much reverb placed on his vocals as there has been in the past. In addition to that, tracks like Sunset and Ghosting, which are primarily led by Egan O'Rourke's clean singing, are nice little treats, providing some great Katatonia-ish tunes that would put almost everything on their newest album to shame. I mean, there's no denying the power of tracks like Hold On to Nothing or closer An Heir to Emptiness, with their weighty guitar riffs and progressive attitude towards melody. I happen to think that the latter track is the among the best tracks the band has ever written.
As much as I love Daylight Dies, they're a band I find somewhat hard to market to friends who like certain sounds (IE. they like melo-death but this is too slow, they like prog, but it's not techy enough). Despite that, I do hope that if you're one of the few people out there who hasn't heard them by now, you go out and listen to this. There's something in here for fans of all things melancholic and slow, so go out and add this one to your collection.
Overall Score: 9
Highlights: Sunset, A Final Vestige, An Heir to Emptiness
Posted by maskofgojira at 11:04 PM