Adam Kalmbach is a pretty prolific musician, releasing several experimental releases under the Jute Gyte name in a year. Both of these albums are obviously somewhat old news by now but hopefully you might find them still relevant to your listening habits if you haven't yet listened to them. Both albums reviewed from 1-10. 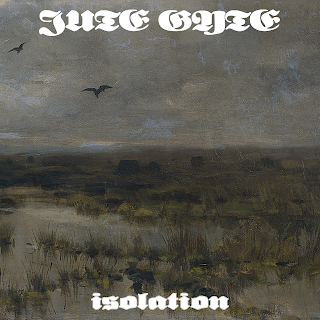 Kalmbach, for as long as I've been listening to Jute Gyte, has pushed the boundaries of black metal, at least in my opinion. Taking essentially the style of Krallice and amping up the noise and dissonance to patience-testing limits, his metal releases up til now have been black metal. With these two new albums, Kalmbach is taking the project's metal side into newer realms.
So for all those people who come into a Jute Gyte metal album expecting to hear a cacophony of tremolo picked guitars that twist and contort each other into some of the harshest and most abstract sounding black metal you'll ever hear, you might be disappointed with this album (the one below as well, but I'm going to focus on this one at the moment). Sure, this is still a primarily a black metal album, but the amount of cacophonous dissonance on here as previous albums. Instead, what you have it Kalmbach embracing some more influences into the project. While a track like Age, Separation, and Cold should, more or less, give fans of his previous releases exactly what they want from the project, tracks like the ambient noisescape on the title-track, the death metal assault on The Cry Essaying The Waters, or the doom metal ideas that creep into closer Wastelands Ruled By Ruined Kings show that Kalmbach is at least trying to branch out and do something else. Personally, despite the good will I feel towards the guy for trying to make a record that plays around with other genres, I do feel like this is a mixed bag. Some tracks are really good and definitely are among the best things I've heard from Kalmbach, but others fall flat and are just sort of dull and overlong.
Overall Score: 6.5
Highlights: Age, Seperation, and Cold, A Wind Upon The Open Fields, The Cry Essaying The Waters 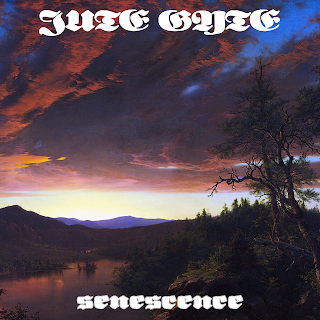 Then we have this more recent release from Kalmbach where he retreated back to the confines of his main metal genre of choice. But, once again, if you're expecting this to sound like his earlier material, you might not enjoy this one quite as much. This is definitely more of a straightforward record from Jute Gyte, and is actually probably the most restrained record I've heard from the project to be honest. This is a black metal album, but it's a more typical sort of black metal record with all the stereotypes but none of the chaos that we've come to expect from this project. The riffs are much more traditional for the project which is sort of disappointing because there isn't much of the cacophonous dissonance that I thought was so endearing about the project. I do think the bass lines on here were quite well done though. But, the interesting feature of this record, or at least the aspect that stuck out to me, was how loud it was. I first listened to this record at work through my Iphone and boy did I jump when that opening track started. Obviously, I'm not going to review something based on a listen through my phone, but it did prepare me for how loud I would keep my speakers when I did give it a proper listen. In addition to that, it can prove to be quite a noisy album to listen to, with occasional blasts of distorted noise popping up in really odd places, hear opener The Natural Poverty of Our Feeble and Mortal Condition. This album does fall pray to the fault which has plagued nearly all of Kalmbach's releases, after a while, the effect of it's intensity just sort of wears off. Even with the title-track, an acoustic interlude, by the time you've moved through that second half of the album, it just starts to blur together. It's better than the above album, but it's still not the project's best work.
Overall Score: 7.5
Highlights: The Silence of Infinitely Open Spaces, Striated Rubies, Griefdrone
Posted by maskofgojira at 10:58 AM