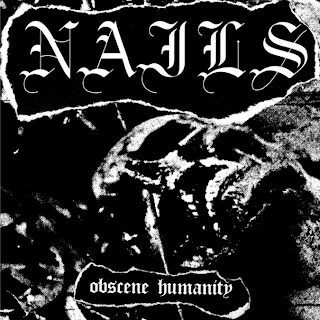 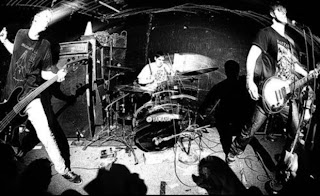 There's something that you just can't replace when listening to a grind album. That energy is unmatched by pretty much any other genre and Nails is one of the best bands to come out recently to do that sound justice. With a forthcoming full-length on the horizon, they put out this short little re-recording of three songs to hold us over until then.
This is exactly what I needed to hear, unabashed and unrelenting violence. After a day of complete and utter frustration and anger, there's nothing that quenches my thirst for bashing someone's face in (look to Irréversible for an example) like Nails. This is just everything you'd come to expect from the band with both the title-track and Confront Humanity being short bursts of intense hardcore grinding and I couldn't ask for more from it. Then there's Lies, a longer song that is a bit more on the dynamic side, bringing in some slower ideas that definitely make it worthwhile and justify its length. The vocals are simply brutal and are easily among the most intense I've heard this year, with every word seething with rage and passion. I mean, it's not anything different from what you heard on Unsilent Death, but it's still a great piece of work that lives up to the band's name for those who haven't heard this before.
It's hard to really say anything more about this, it's short and it's great. If you like music that's angry and will, potentially, quench your thirst for violence, this is where your ears need to be. Definitely listen to this band!
Overall Score: 8
Highlights: Lies
Posted by maskofgojira at 10:43 AM