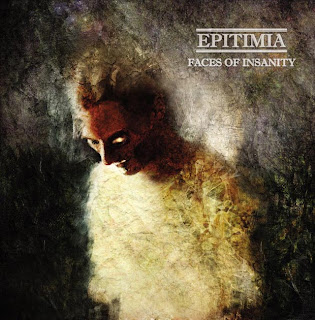 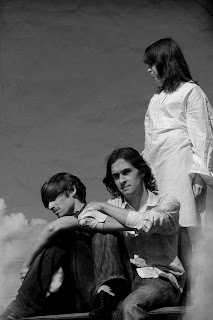 My relationship with Russian bands has really decreased in the last year. When I first started this blog, I remember that I covered a lot of really bad Russian one-man groups and last year I covered a handful as well, this year I don't think I've covered all that many. With Hypnotic Dirge releasing this album though, I did have faith that this would be worth hearing though.
Honestly, I wasn't quite sold on this album when I first listened to it. Maybe it was my prejudices towards Mother Russia or something, but it just didn't strike me as a group that was doing anything interesting. At the point where I am now, several listens later, I have to say that I'm pretty much in the same general area in terms of how I feel about this record. It certainly has it's good points, but there wasn't anything on here that ever connected with me, or even made me want to return for follow-up listens to be honest. These songs just didn't do anything I ever found all that interesting, and it's never a good sign if a listener's attention fades from the music, and my attention drifted quite a few times when I listened to this. It just felt so unoriginal and lifeless to me, the melodies were very uninspired, in my opinion, and I didn't care all that much for the vocals at all. I know this is coming off extremely negative, and I really wish I could be more positive, because I really wanted to like this album, but it just did not do anything for me and really only made me incredibly depressed while listening to it. I don't mean depressed in the sense that the music had power over me though, depressed that the music never took me anywhere I haven't already been to many times before.
The band's fusion of black metal with post-rock and classical melodies is well executed, but often leaves a lot to be desired in the realms of actual interest. Like I said above, I found my mind wandering many times while listening to this album, which is a shame since a melody like the one in Epikrisis IV: Jamais Vu is actually very good, it's just a shame that the majority of the song didn't actually go anywhere. The intro to Epikrisis V: Rorschach Inkblot, I thought, showed some promise and demonstrated a bit more of a strangeness to the group that I thought the track would embrace, but it really didn't do much with those ideas after the real track kicked in. With the concept that this album is said to embrace and explore I really thought it would have been a lot darker or more interesting, but in the end all I found was an album of pretty by-the-book post-black metal. It was not until DS: Shizophrenia where I found myself engaged with this album. The nine-minute long piece features some nice bass lines and guitar work, and is the most interesting piece on here. I still wasn't completely sold on the vocals on the track, but it stood out as the clear highlight of the disc.
Personally, I was really not into this record all that much, and I am disappointed by that. I can't vouch for a release I don't believe in but I can hope that those of you who listen to this record do find some connection with it. If you like post-black metal in any way, check it out.
Overall Score: 6
Highlights: Epikrisis I: Altered State of Consciousness, Epikrisis V: Rorschach Inkblot, DS: Shizophrenia
Posted by maskofgojira at 5:13 PM