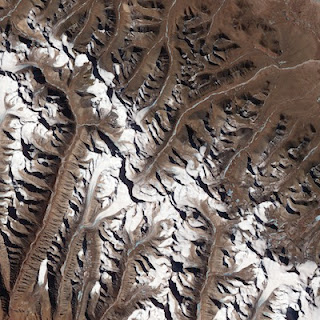 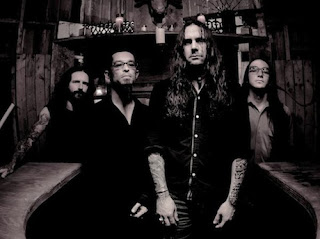 I'm a big fan of Yakuza. I think the band are easily one of the best and most exciting metal groups to come out of the US, let alone Chicago, for years. 2010's Of Seismic Consequence was my favorite album of that year and so I had high hopes coming into this new album.
The thing that really made Of Seismic Consequence such a great album for me was how it balanced post-metal moodiness and sort of loose song structures with more aggressive moments that were somewhere between extreme jazz rock and grindcore. It somehow found a middle ground in between the two area, though the album was evenly balanced with tracks showcasing both sides of the band on their own as well. The first thing I noticed about this album was how it was much shorter than a lot of their other works, clocking in a just under forty minutes, which I was sort of surprised by based on their past excursions. But once I put this record on I did understand why pretty immediately. This is a much more aggressive record than the band's last couple have been, so, combine that with shorter songs, and it should become pretty clear that a longer album most likely would not have worked. The band have never been completely about brutality, but I think this is their most "metallic" record yet with tracks like Oil and Water and Mouth of The Lion easily being among the band's most aggressive songs to date. The production is also very natural, as always, which continues to give the band a very distinct sound. It never feels like the band are overdubbing their instruments, with the guitar tone coming across very rough around the edges while the bass and drums are clear and fluid. It sounds like a band playing live in front of you, even with the extra instrumentation.
The band have always balanced riff oriented metal with open spaces where improvisation could later be used to expand upon and this record doesn't feel like there are as many of those spaces, but maybe that's just me. While faster tracks are certainly fun and a part of the band's sound, the more "progressive" and sludgy paced ones were always where I thought their talent shined through the brightest. So I guess it was only natural that the longer pieces like Man Is Machine (which sort of gave off a bit of a Mr. Bungle vibe, so a major plus there) and Fire Temple and Beyond appealed to me over some of the shorter tracks. Personally, the biggest letdown for me on this record was the shortest track on here, Species. Musically, I don't have so much of a problem with it, it's fast and chaotic, as it should be since it's just under a minute and a half, but it's Bruce Lamont's vocals on it that provide the problem for me. Now, I really like Bruce Lamont, I think he's a great vocalist with a great amount of range and he uses it fantastically throughout his various projects. But on this song in particular, he just really irritated me because he distorts his voice and it sounds like he's trying to growl but just can't, it just didn't work for me.
Beyond my one gripe, I thought this was a great piece of work from a band that is as consistent as they come. Yakuza have yet to fail me and definitely do Chicago proud (I only wish they got the respect they deserved) and this is another fine notch on their headboards. Definitely check this out if you are interested in experimental metal, rock, or jazz music, this is one of the best bands experimenting in those areas today and you'd be foolish to overlook them.
Overall Score: 9
Highlights: Man Is Machine, Fire Temple and Beyond, Lotus Array
Posted by maskofgojira at 12:15 PM