Holodeck is a pretty interesting little label I've recently established contact with. I meant to do single reviews for these three but because the end of the year is coming up, I figured I'd just introduce whoever's reading this to several albums at once instead of one at a time. Full-lengths reviewed from 1-10 and the EP is reviewed from 1-8, as per usual. 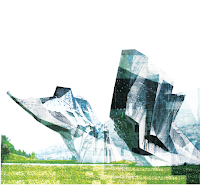 Of the three releases I'm going to be talking about here, this one was by far the weirdest. It's a strange mix of almost folk music and electronic music ideas that come together into a very odd mix. At times it sounds almost like psychedelic folk music, at others it's more reminiscent of ambient and glitch music, then there are times when it drifts off into almost modern classical composition. I'm not quite sure if I'm really enjoying what I'm hearing though, because some of it just seems like it's an experiment, something I'm all for even if it doesn't work out, more than an actual set of ideas. I'm also all for the who avant-garde, mixing whatever ideas you want together, style of writing, but there has to at least feel like there's a sense of reason or some sort of justification for these sounds being placed against one another. So I guess it could be considered a good thing that the whole folk thing is pretty much abandoned after the first couple of tracks. I think that there are ideas on here that are interesting, but the end product is pretty wild mixed bag.
Overall Score: 6
Highlights: Remembering Names, Dealing W/ Doubt 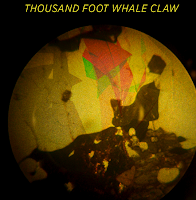 This was the longest of the three releases in this list, so consequently, it was the hardest to really find the time for. Sonically, what you get here is some rather well done traversing of ambient soundscapes. Right, by now we've all heard this sort of stuff done before, even in the elongated forms that this album toys around with, but unlike many of those other albums we've all heard before, this album doesn't try to disguise itself as anything else. You get the low-end rumble, spacey synths, and psychedelic washes of noise throughout these three tracks and, once again it's not anything new, it allows for the listener to become totally enraptured in the soundscapes being created. I honestly came into this album thinking that despite liking what I heard when I first skimmed through the album, that listening to anything where two out of three songs top twenty minutes each was just going to be taxing. Being ambient based music, I thought that it had the potential to be boring to listen to as well, but I was so wrong. The pulsating synths that gently float among the spacey ambiance bring a sort of easy entrance into the album that should be enough for even casual ambient listeners like myself to find a way in and enjoy the end product. But probably the most interesting track on here was the short closing title-track, which made use of some interesting ideas that really caught me off-guard.
Overall Score: 7.5
Highlights: Slobos 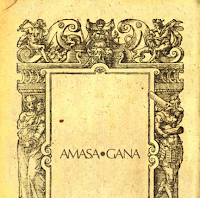 This last record takes the ambient thing in a similar sort of trip as the album above, but in shorter bursts. I guess the real selling point for this record though is how much more psychedelic the effects are. It's immediately apparent that effects are used to far great effect on here than on the album above, creating layers of gooey and amorphous sounds that just fall into one another. The use of field recordings on the second track, I thought, was actually really cool and kind of made the track feel a bit more naturalistic. It's as if the first half was very cerebral and psychedelic while the second half was more natural and austere sounding, but obviously came from the same source. It's hard to say that this was an enjoyable record because not only is it a pretty short record, overall, but because of the style of music that this is, there's only so much enjoyment I can have from listening to it. Having said that, I think that this is some really good material and if you dig psychedelic music or ambient based music, you should really check this album out.
Overall Score: 8.5
Highlights: Side B
Posted by maskofgojira at 10:40 AM