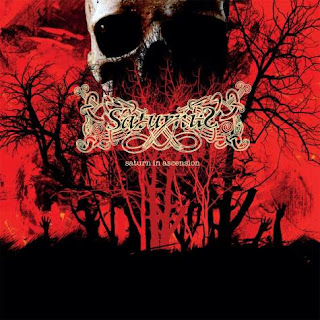 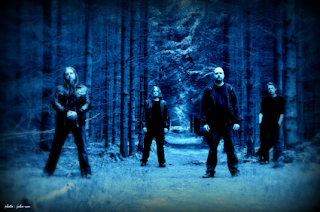 It's been six years since Saturnus have released an album and I for one am glad to just have some new material from them. I remember several years back when I was really first getting into doom metal I was looking for any band that reminded me of melo-death (because that was the thing I was heavily into at the time) and Saturnus was one of those bands for me. But listening to their changes over the years has revealed a band far more unique than I originally gave them credit for.
I remember being so blown away by 2006's Veronika Decides to Die when I first heard it and thought it was one of the best doom metal albums I had ever heard. Since then, obviously I have heard many other albums from other doom bands and heard the rest of the band's discography, but I do still think that that was a pretty damn good release. With that being said, this new album continues exactly where that previous album left off, and takes them further down their gloomy hole. This is the sort of release that I could see the band making after shifting members and trying to write this album, meaning, it isn't drastically different in tone or style but continues in a similar vein as their other material. I don't think it's quite as interesting sonically as their previous effort, but will more than please fans - and in case you were wondering, I was pleased with this as well. Despite the rather lukewarm the above statements may sound, I actually did enjoy this record. I don't think it's as good as the aforementioned Veronika Decides to Die, but I still think it's very good, if not a bit stereotypical sounding. It has all the traits one associates with the genre, and I guess that's what I'm a little disappointed with, that it doesn't have those occasional moments that break out and make you think that this is something special. Having said that, I do think of the band as quite the gem in the rough of death/doom acts.
I think that the band's usage of acoustic passages is one of the best in the genre. They really know how to make an album, and song, flow very well through the use of electric and acoustic passages and don't make them feel over or underused. Tracks like A Lonely Passage and Call of The Raven Moon are absolutely beautiful pieces of music that are among my favorite things I've heard emerge from the doom genre this year, despite the fact that their acoustic songs. The heavier moments, the parts that I'm sure the majority of the band's fanbase is made of happen to love, I'm more lukewarm towards because they feel pretty standard to me. They don't stand out quite as much, but they are still very well performed. Tracks like opener Litany of Rain and closer Between are excellently performed, and written, songs that lean more on the band's heavier side but don't fall into stereotypical slow chugging or drawn out chords. It's a album with melodies, and frankly, it's nice to hear something like that come from guitar since it seems like most newer bands who are labeled as "melodic" are just chugging death or doom bands who use synths to play all their melodies.
I thought this was a very well done and put together doom metal album that goes above it could have. I wasn't quite sure how much I was going to enjoy this album since the band had two new guitarists writing for them, but it turned out to be a strength on their part. If you enjoy doom metal of any kind, check this album out.
Overall Score: 8.5
Highlights: A Fathers Providence, Call of The Raven Moon, Between
Posted by maskofgojira at 12:38 PM