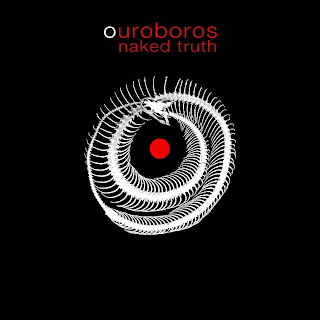 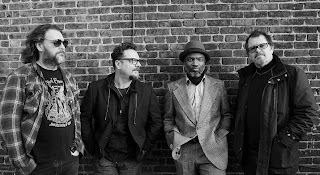 In the last year, RareNoise Records has supplied me with some of the most recent releases in jazz music and has certainly expanded my view of the genre. Frankly, I was always more interested in older jazz and fusion records, but they've really helped to broaden my horizons with all of their releases. Naked Truth is the most recent of those releases.
Recently, the releases that I have been receiving from RareNoise have been increasingly experimental, and this one is no exception. This record really got me interested from the get-go with skittering electronic effects and some nice soloing from each player in the band. The saxophone was melodic and spacey while the drums were energetic but very controlled. The band go between playing straight-up lounge styled jazz and more avant-garde and progressive fusion, which were the parts that really got me interested. Opener Naked is a nice attention grabbing track but in no way prepares you for the detour you're going to take on Dancing With The Demons of Reality. It's a totally bizarre and psychedelic sort of funk-fusion track that is really quite disorienting but also totally amazing sounding. I should point out how rarely jazz actually excites me to write about it, but this was some really good stuff. It's hard for a jazz album to get me really excited or enthusiastic about it, and I'm honestly surprised by how much I wound up really enjoying this album.
I think what I really enjoyed about this album so much was how much the musicians knew to give the songs space. In every track they never tried to overwhelm you or make you pay attention, but if you did you were rewarded with good and interesting material. But whenever they would bust out into a more frantic part, they would equal it out with more ambient breaks that were smoother and more atmospheric. They'll also balance out a more intense track with calmer ones, which works to their advantage (though it's a trait that works to many a group's advantage), specifically in the case of the funk-based Rite of Nightly Passage leading into the progressive Yang Ming Has Passed. Another aspect I thought helped the album was that it wasn't overly long. None of the tracks topped ten minutes, and as much as I love long songs, there have been times in the past where I just thought that some guy soloing on his sax (as much as I love the instrument) is enough when you've been doing it for several minutes. This album had pretty concise tracks where they all expressed an idea, ran with it, and then moved on, they didn't dwell on it and make it run around in circles. A trait many a band/artist could learn from.
As I mentioned above, I really enjoyed this album and I think it's a really great piece of work. I don't hear a whole lot of jazz music beyond what RareNoise sends me and this was a surprise to me even among the high caliber stuff they put out. I highly recommend this to anyone interested in jazz, fusion, prog-rock, or any sort of middle ground between them.
Overall Score: 9
Highlights: Dancing With The Demons of Reality, Garden Ghosts, In A Dead End With Joe
Posted by maskofgojira at 9:42 AM