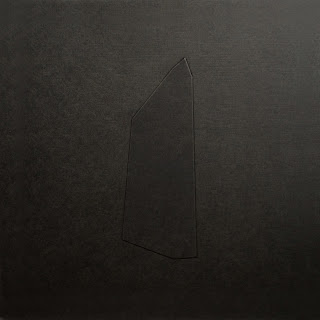 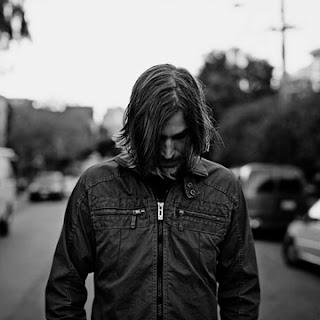 Earlier this year Bjella released the highly praised album In Our Architecture This Resounds to which I sort of ignored because of all the hype surrounding it. I have since reconsidered my thoughts on that. But, figured that covering this album would perhaps be a bit more poignant at this point since it would take time to receive a copy of the aforementioned album in the mail.
Only having casually listened to GOG's previous releases, I wasn't exactly sure what to expect coming into this record. I really enjoyed his collaboration with William Fowler Collins last year, but I had kind of guessed that this record would not resemble that album too much. So when I pressed play and 1870-1906 began with a very black metal kind of vibe, I was downright surprised. Previous albums that I had heard had revealed no black metal influence to me, free jazz, intense noise and drone, avant-garde composition, yes, but not black metal; and yet that tremolo sounding guitar part that underlines the track just caught my attention and kept it there throughout the entire track even after it had faded away into an industrial backdrop. The entire album then proceeded to scramble my mind by shifting gear back into GOG's primary method of performance and audio destruction, though to my ears it was noticeably more accessible. I found myself more engaged with it, and far more interested in what was happening than I can recall ever having been when listening to the previous full-lengths from the project. That may just be a result of my state of mind, but the music itself I found more graspable and far more palpable to my own tastes.
To my ears, this album actually reminded me a little bit of Locrian (and I can only pray that a collaboration between GOG and Locrian eventually happens), and I mean that with the highest possible praise. Though I did not find this release quite as dark as a lot of Locrian's material, this album brought with it the same sort of abstract blending of black metal and noise and drone - and I do hold Locrian to a very high standard, so I don't compare other groups/projects to them lightly. GOG brings the darkness, but more low-end somberness than I think Locrian have aimed for on their more recent releases. There's also a comparison to be made to Mamiffer with the piano lines strewn throughout the album as well. But to me, apart from all the comparisons that can be made, this album turned out to be a meditation. For me it was a sort of meditation on repression and anguish, I'm sure for others it would be something completely different. Both through its use of black metal-tinged aggression and occasional howled vocal and it's more morose drone/noisescapes and piano led sections it strung together a coherent piece that was able to express a sense of restrained pain and anger without ever really exploding into outright chaos. And if that was all it did, that would still make this record a success. But there's also that layer of hiding it, making this record seem like it's the sort that is just soundscape after soundscape that blurs into each other, but when you look deeper (actually, if you just look beyond the surface you'll see it) you'll find a record with loads of depth and ideas that just make each track an absolute pleasure to behold and listen to.
Even though I wasn't overly on with GOG's previous albums, I thought this one was just a sublime piece of work. Even though I think it's Bjella's most accessible release to date from the project, that still isn't saying that it's going to appeal to a mass audience. If you happen to enjoy experimental drone and noise, and even the more ambient side of black metal, I highly recommend you check this album out.
Overall Score: 9.5
Highlights: Every Track Is A Highlight
Posted by maskofgojira at 2:00 PM