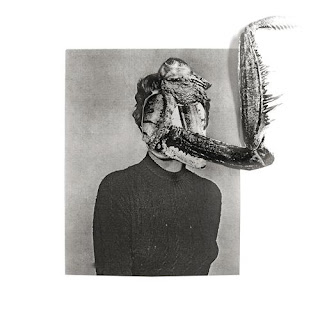 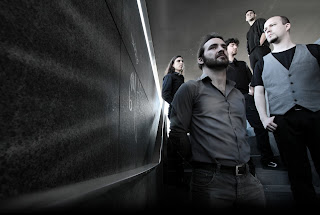 I had been seeing this album around for a little while but never got around to covering it until now just because I've been sort of lazy. I had actually wanted to cover it when it first came out because it was an interesting release. So, enough with the intro, let's get to the meat of this review, the music.
The cover art alone for this album was enough to get me interested, but once I had seen some people mention the likes of Ihsahn and Steven Wilson, I knew this would be an album I had to hear. It is one of those albums where it flows from start to finish as a continuous piece of sorts, and unlike some other albums I think this is one of the better examples of a band doing that this year. This isn't so much a record of individual songs since you get just as many short instrumentals on here to make up a small EP. The songs themselves are actually quite well done stylistically as well, though some may be disappointed, maybe even shocked as I was when I first put this on, to find out that this isn't a particularly heavy or aggressive album. It certainly has its aggressive and metallic moments, but I do think it's one of those records that owes just as much to progressive rock and folk music as much as it does to black and doom metal. While I don't think it'll provide a stumbling block once you get through your first listen, I know that there are some who won't be into the softer and more acoustic driven tracks on here. Only because it sprung into my mind now, the mellower moments on this album actually reminded me of mid-period Amorphis records with Pasi Koskinen on vocals.
As for the more metal moments on here, the band do a pretty solid job at keeping things interesting. The band do take the route of not opting to stick to a single style on here, which does work in their favor most of the time. I'm not sure how I feel about the break into what I guess could be called djentstep on Cinnamon Balls, but otherwise I was pretty into what the band were doing on most tracks. When the band go heavy, they certainly know how to make an impact. A track like Last of The Light is probably one of the best examples of that on here because it is a heavy track, but has this extended sort of jazz section in the middle of it that is much more moody and not heavy in any way; but, it's the contrast with the heavier beginning and ending of the track that shows how great the dynamics are on here and how the band know how to use them to their advantage. Being that this isn't really a vocal driven album for the majority of its running time, the music really has to carry you through the journey that is the album and the band do a rather admirable job at giving the listener a diverse range of ideas. With ideas coming from the aforementioned genres like jazz, dubstep, progressive rock and folk, but also small hints of funk, ambient, and to a much lesser degree, modern classical as well, you can imagine how interesting it is to actually listen to this album. Obviously some genres are given more room than others in the mix, but I thought that the band's use of folk and jazz on a few of the tracks in here were particularly well done. In addition to that, the band actually don't sound quite like any other band (despite that comparison I made above) and manage to pull off a really convincing go at multiple ideas and pulling more off than one might think for how young the band still is.
I thought this was a really well crafted and put together piece of work that shows real potential. The band are obviously very talented and I can only hope they continue to hone their craft for further releases. If you like progressive metal (in one capacity or another) I urge you to check this album out.
Overall Score: 9
Highlights: Answers Revealing, Last of The Light, Endless Wall, Ball-Room
Posted by maskofgojira at 4:55 PM