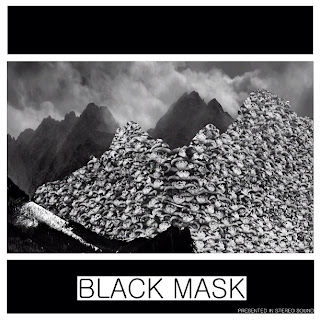 Underground hardcore is always the best, at least from what I've found. If a band hasn't blown up or is overhyped, then the chances that they're actually doing something good is a lot higher than if they are. In relation to Black Mask.'s debut EP, I have no reason to doubt that theory as of yet.
The entire reason why grinding hardcore is so much fun to listen to is because band's know how to fit rage, anger, and that sort of stuff into compact bursts without overextending themselves. A four minute song is overreaching for a good band, but pumping out short blasts of intensity is all good with me, it's a plus if you can remember anything that actually happened. With songs like The Greys and Agony on here, you can tell that Black Mask. do have talent to go places that will get them noticed and picked up. Their power-violence side is rather well demonstrated, maintaining the same level of aggression without getting boring. Personally, the influences do come across rather clear on here, with plenty of Converge coming through in the riffing department and some nice references to the chaotic noise of Nails being made. If I had a complaint about the EP, it'd be that the vocals are really low in the mix, which did make me question their relevance on here.
Frankly, if you're looking for originality, you might want to look elsewhere, but if you're more interested in hearing some fun and aggressive grind, this might interest you. The band certainly does have talent and shows a penchant for writing songs that are appealing. Grind, hardcore, and power-violence fans, take note.
Overall Score: 7
Highlights: The Greys, Agony
Posted by maskofgojira at 9:36 PM