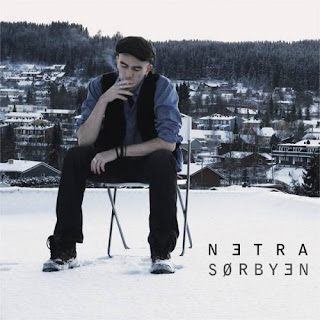 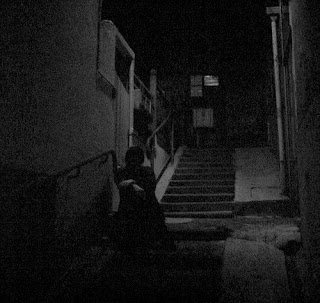 About two years ago or so Netra released its debut full-length Mélancolie Urbaine into the metal underground to a pretty select audience. I don't mean that in a bad way, but it was a pretty interesting little album that was not for everyone. Now we have the follow-up to that album with a sound that mainman Steven Le Moan experimenting even further with the tricks of black metal.
I think it's fair to say that Netra's first album was a more honest fusion of trip-hop and black metal. It fused those two styles together in a way that was not done before and was very unique, if a bit uneven in spots. This new album is not as spiky as that album was in its fusion of the two genres and feels like a less true fusion of the two styles, and I don't mean that in a bad way. Though I hesitate to put this album into this category, it seems oddly appropriate to call this album progressive. The black metal side from the first album is definitely clearer and a lot more well honed in its use, and the trip-hop beats are used to create some rather well placed atmospheric moods, but there's a lot more going on in here than just those two styles, as I said before. There's quite a strong blues and prog-rock influence coming through in a lot of these tracks, especially in the vocal melodies and synth tones, perhaps no more so than on the power-ballad (sort of) Wish She Could Vanish. It's actually really interesting because the ideas are really solidly constructed yet being very fresh as well.
As an entire album, this album works a lot better than its predecessor did in the sense that that album was very uneven in its album structure. It was more that the track placement seemed to place more emphasis on the trip-hop side of the project than the black metal side. This new album really corrects that by not only making the fusion a lot more fluid, but allowing the ambient and trip-hop based tracks to stand alone in several tracks. It feels a lot more authentically put together where as the last one just felt like an assembly of tracks put together, at least in my opinion. Also, the songwriting on this album is far superior to that of the debut's. Not only are the vocal melodies on tracks like opener, A Dance With The Asphalt, and Crawling great and memorable, but they are also quite different from many other vocalists. Le Moan's screams remain as desolate as they were on the debut, which isn't a bad thing in my book. Obviously, a progressive influence is something I'm never opposed to in a project, and the later tracks on this album definitely demonstrate that Le Moan does have talent for writing progressive songs. I wouldn't have thought that blues guitar licks would go over trip-hop beats, but this album has certainly proved me wrong. The bass work is also very worthy of note on here as well, as it becomes especially jazzy in the last couple of tracks, hear closer I Shall Slay The Monkeys. Yet, it never feels like an exercise in fusing genres, as this album so obviously could have become. It all works together, and if only for that, my view of the album is positive.
I think this was a really strong piece of work and an album that really surprised me with how far ahead it beat out its predecessor. This is easily among one of the most surprising things I've heard this year. Definitely check this out if you're looking for some more experimental black metal projects/records.
Overall Score: 9
Highlights: A Dance With The Asphalt, Concrete Ocean, I Shall Slay The Monkeys
Posted by maskofgojira at 10:18 PM