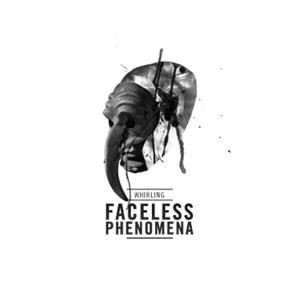 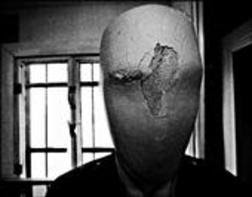 The Swirling Nature Of Unique.

Whirling are an avant-garde black metal project from Sweden. This is the first release from the collaboration that this project is made up of, members of Lonndom, Sorgeldom, and Bergraven. If you've heard any of those bands, you can only imagine how the three of them together will sound.
When you get an album that, for all intended purposes is a metal album, begins with a, I'm guessing here, 50's jazzy piano tune, you know things are going to be different. But when you consider the bands that the member of this project belong to, it's not all that surprising. This is an odd album alright, as I've learned, having not really listened to Lik all that much, but from what I've read about them and this project, this is somewhat of an amalgamation of all the member's main bands.
At it's core, this is a black metal release, but it has elements of post-punk, psyche rock, and jazz thrown in there as well. The band is described by many as dark metal, I'm unaware of what exactly "dark metal" is, but I can certainly say that this is a dark album. The tempos on here aren't too extreme or extravagant, most of this is a a fairly slower to mid-paced feel, but does get fast on occasion.
The vocals on here are what may turn some off though. The vocals are split between AE of Lonndon singing, and an unknown vocalist, P. Gustafsson providing the screams. Those that expect a more black metal release will be left confused as to the amount of singing on this album, and it's done in a very original style that uses more of a baritone range, recalling a bit of a gothic style at times, while there are still plenty of songs with screaming, clean vocals clearly hold the prize for having more.
Overall, this is a solid debut album, and from what I've heard, has been getting quite a bit of flack for some reason or another, which I don't really get. This isn't the main band of any of these guys, and anyone expecting it to sound exactly like that is fooling themselves. If you like experimental metal that is not to out there, but still weird, definitely check this out.
Overall Score: 7.5
Highlights: Infinity of Ghost's, I Bring...
Posted by maskofgojira at 10:21 AM