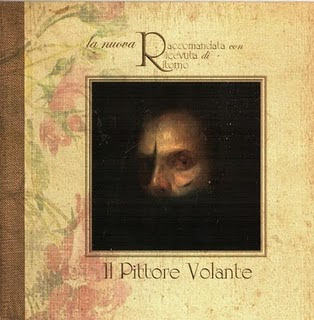 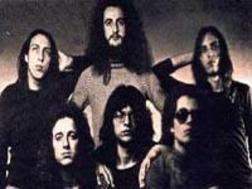 They're Back For Another Try.

Raccomandata Con Ricevuta Di Ritorno (or RRR) are a progressive rock group from Italy. The band originally formed in 1972 and released their one and only album, "Per… Un Mondo Di Cristallo," that same year. This album marks their return to playing under this group title again in over 30 years.
The music on here is done in a very dark way, not unlike their debut, but a bit more abstract maybe. Within the opening minutes of the album, the band combine hard rock, country, and more Western rhythms, but is done in a very modern sound. The production on here is just retro enough to give it that dusty feeling of old records, but modern enough to give everything a very up-to-date sound quality. There is a lot of different orchestration going on in any given track, so the production actually manages to give the record a very open sound.
The vocals are sung mostly in Italian, just to clear that up for those that don't know, but are done in an slightly offbeat kind of half-crooning/half-speaking way that makes it interesting. The female vocals that come in on a few tracks, most notably on the ballad Il Fuoco, also really spices up the vocals. Vocally, when the two sing together is when things get interesting and begin to sound even more unique.
The music on here is most likely what anyone listening to this album has come for though, lets be honest here. The album is varied in style throughout, like mentioned above, moving through elements of rock, 70's psyche/space rock, as well as bits of folk and jazz fusion as well. There is, for those that aren't aware, quite a bit of variety in instrumentation on here as well, everything from acoustic guitars, sitars, harmonicas, and saxophones. The track La Mente moves through some very outlandish sections making use of violins, crazy sax solos, and near it's finish, barking dogs and croaking frogs. While a good portion of this record is mellow and never really moves at a rockin' pace, the few songs that do rock, are solid and groovy tracks, hear opener Il Ñambiamento or Raoul.
Overall, this is a good and eclectic sounding record that gives a good sense at old-school prog rock done in a modern context. Definitely nothing mind blowing on here, but some really good Italian prog. If you like retro prog and psyche rock, this is one you have to hear this year.
Overall Score: 8
Highlights: Il Vecchio, La Mente, Raoul
Posted by maskofgojira at 12:45 PM