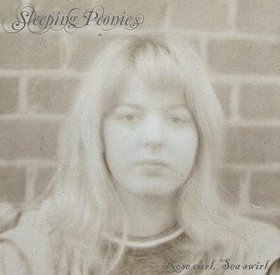 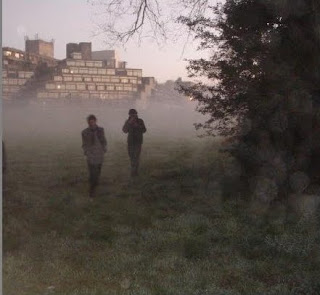 Sleeping Peonies is a depressive black metal/blackgaze project from the UK. This is the debut release from the project and shows a much less metal sound than other bands put in this category. Despite being relatively new to the scene, they have gained a bit of a buzz on the Internet with this EP.
To start, the buzz on this project is definitely justified, at least in my eyes, as this is one of the few projects that has something different going for them. The production on here is very raw and a thick layer of noise and distortion covers most of this, but behind that I found were some of the most depressing melodies I've heard in some time. The music itself, as stated above, is not solely rooted within black metal, but elements of post-punk, dream pop, and shoegaze music can all be heard.
What drew me in were the melodies, mainly, for how soft and moody they were. The screams themselves weren't all that harsh or aggressive, recalling a bit of the depressive scene, but everything that was around it made it seem just a bit more real and truthful than what I find in a lot of depressive groups/projects. Frost, Sparkling demonstrates a more black metal feeling, that's one of the few tracks that actually comes across as aggressive. I might just be me, but this comes across as less pretentious than a lot of the depressive groups/projects that I've heard and just makes this sound more genuine.
Overall, this is a pretty cool debut release that shows a lot of potential. Though I do feel that this is more real and depressing, there are still plenty of flaws on here that stop it from being perfect. If you're not really into black metal, this has enough of it to have an edge but is probably still pretty easy for a not metal head to get into.
Overall Score: 6.5
Highlights: Lighthouse Alight, Stars Aligned, The Mist and The Sea Spray, Mermaids Singing Far Away
Posted by maskofgojira at 8:51 AM