Grey Waters - Below The Ever Setting Sun EP 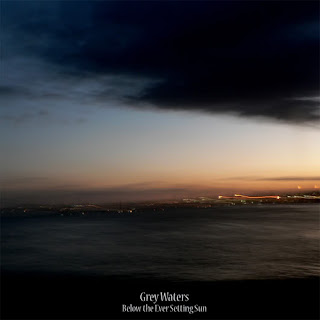 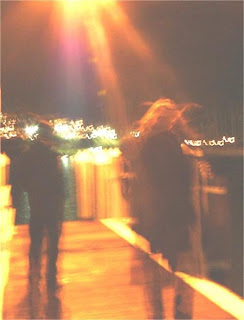 Grey Waters is a depressive rock duo from Australia. The band formed from the ashes of recently disbanded depressive black metal project Austere. This band takes the atmosphere and dynamics from that band and applies them in a somewhat more palatable style.
While this band is made up of two of the members of Austere, most of the black metal elements that made their previous band so unique are now gone. The music on here maintains that harsh rock/metal edge, but the vocals are done cleanly for the most part and the production is not nearly anywhere as harsh sounding. I found this EP to actually demonstrate a lot of what I actually found interesting about Austere present on here, with big sounding atmospheres and an almost abbrasive riffing style that maintained a melodic side to it.
I find that with only two thirds of Austere remaining in this band, the songwriting is strengthened. The final record of Austere, 2009's "To Lay Like Old Ashes," demonstrated songwriting that is not present in most groups and projects within the scene they were in, but this album really takes it to the next level. By removing the more black metal aspects of their sound, Grey Waters has kept the catchy riffs, but added extremely catchy vocal lines as well.
Overall, this is a very good EP that has a lot of what I like about depressive/atmospheric black metal in it. Fans of the black metal side of their older band might be a bit disappointed, but this is much more appraochable for people that don't like metal. If you like atmospheric rock music that is textured, check this out.
Overall Score: 8
Highlights: Below The Ever Setting Sun, Broken
Posted by maskofgojira at 9:07 AM