Drama - As In Empty Grave 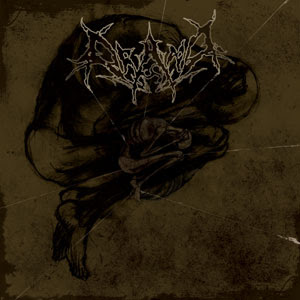 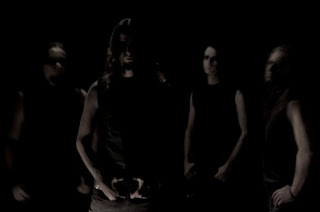 They Have None Of What Their Name Is In Here.

Drama are a progressive black metal group from Russia. This is their second full-length record, excluding the live disc, and is a continuation of the path the band walked on their first. Using diverse influences in their sound, this is more adventurous than a simple black metal, but that's what the prog tag is for.
This, while being progressive, is not in the same vein of groups like Enslaved or latter period Emperor, bearing a more eerie similarity to Swedish suicidal Shining. The sound absolutely reeks of a similar riffing style, while having a bit more thrash than doom, the same dark vibe surround both bands. The riffing on here, on the other hand, bears a somewhat odd take on progressive black metal, as the riffing at times can be typical blackened thrash fast, tremolo picking, while at others it's more angular and harmonically strange.
This album was strangely effective at capturing several different moods while retaining a core black metal sound. Each song obviously has more of an aggressive edge than other trying to be happy or sad, but in tracks like Possessed By Darkness, there are a few points where things seem to become more somber and melancholic by using more atmosphere. These more atmospheric passages, that do still have the aggressive side playing alongside them most likely, show more depth and allow a bit more personality to reveal itself than just constant rage does. There are several points on here where the band do allow themselves to slow down more into a slower style before building back up again that proved to be a breather within tracks like Irae Nominem Tui.
While being relatively progressive with some song structures and riffing, this album ultimately does lean towards melodic black metal more. Like said many times above, this is an album that is pretty aggressive and fast, leaning towards blackened thrash at some points, but a lot of riffs are still melodic and fairly catchy, hear the title-track for such riffs, As In Empty Grave. There are a lot of harmonies used on here, guitar wise, which does lend itself to a more melodic sound than progressive black metal usually does.
Overall, this is a solid effort that shows a lot of potential and is definitely worth watching to see where these guys go next. Definitely a different sort of take on progressive black metal, interesting and probably a bit more to liking of those that are into more black metal than prog. If you like adventurous black metal, check this out for sure.
Overall Score: 8
Highlights: Around The Flame, In Hands of My Empire, The Cold Has Burst to Me
Posted by maskofgojira at 11:22 AM