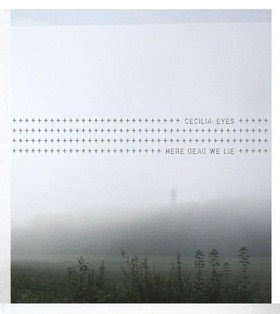 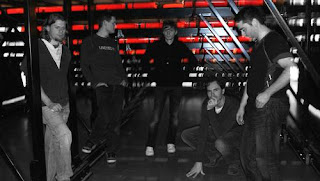 Softly They Glide Across Your Eardrums.

Cecilia::Eyes are an instrumental post-rock group from Belgium. This the group's second full-length and continues their exploration with sonic soundscapes taken from indie, shoegaze, and prog rock. Their take involves a more relaxing listen rather than intellectual.
Like most post-rock bands and artists, what you'll find on this album are quiet and tranquil soundscapes that steadily build up with each passing minute. Textures of guitars and keys are used, creating a sound that is perhaps one of the more "ambient" I've heard on a record, without going into the actual ambient genre. This is probably better said in that the guitars can still be made out, the melodies and patterns as opposed to kind of laying back to the keyboards or transforming the guitar sound into a more ambient noise. There are also faint layers of distortion that I heard in a few places that did add to the build ups advantage.
The shorter songs on here do indeed showcase a bit more shoegaze sound in the band's style, mainly due to the use of more distortion. Slow guitar melodies still drift into atmosphere but the distortion manages to create just enough of a more punchy sound to glaze over the overall sound of the given track, For The Fallen. Perhaps it's even the atmosphere that is created that I find accents the ringing guitar notes more though, as the atmosphere still lingers when the guitars are not so present in the sound.
The piano that is used on tracks like The Departure and Fifty Years Under The Tent perfectly helps set a mood while still having a very constant atmosphere behind it to kind of maintain a certain vibe that carries from track to track. I found that the mood on this album was consistent throughout, never becoming too uplifting or too mournful, but steady and very revealing, almost meditative. Possibly the only song that I felt gave too much of an emotional attachment was the No Prayers, No Bells, No Homeland, which gave way to the heaviest moment on the album in the end, but still felt a bit too upbeat in comparison to other tracks.
Overall, this is a very good post-rock album that really does what, I personally, like post-rock albums to do, provide a more meditative experience. The soundscapes on here don't overwhelm the listener as much as they glaze through your body, providing a very tranquil feeling, to me anyway. If you like post-rock that dapples in shoegaze and ambient music than this is something to check out for sure.
Overall Score: 7.5
Highlights: Like Wolves, The Departure, Death For Treason
Posted by maskofgojira at 9:18 AM