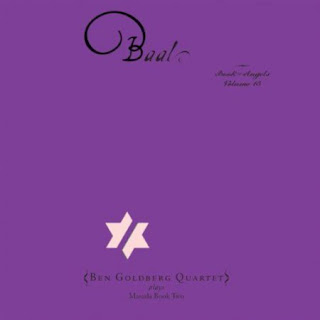 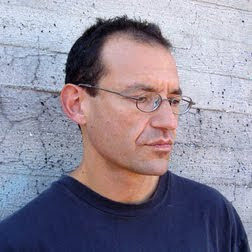 I Don't Need To Rock To Rock.

The Ben Goldberg Quartet is a quartet, obviously, put together by John Zorn to perform one of his Masada pieces. Having listened to several other chapters from this series, this can be one of the easiest to get into and follow along with. Though it was composed by Zorn, this is one of the more tuneful albums within the series.
On this album you have Ben Goldberg, playing the clarinet, Greg Cohen on the bass, Kenny Wollesen on the drums, and Jamie Saft on the piano. This quartet play, on this album anyway, a very melodic style of klezmer jazz. It's not too abstract sounding or avant-garde, remaining more subdued and controlled instead. There are also parts that repeat in an almost chorus-like fashion as well as build ups and rising crescendos.
The pace at which this album is played is much easier to follow along and comprehend than some of the more improv based works Zorn has put out. There are times where the music on here does go into the realm of abstraction, hear Irin, but for the most part anyone listening should be able to follow along. Most of this album consists of winding melodies that flow into one another through mainly the piano and clarinet, with the occasional drum and bass breakdown thrown in.
Probably one of the weirdest moments on here is on the track Uzza, a solo clarinet song. The song itself isn't that abstract or challenging, but it stands out among all the other tracks on here. This track is also probably the most direct track on the album, so if you want to hear a short introduction before really getting into this, it would probably have to be this one.
Overall, I can safely say that this was an enjoyable album that did have it's moments where melodies stuck in my head. This isn't a sound a lot of young people might like, mainly cause it does sound like something that would be heard in a women's clothing store, but is certainly a bit more entertaining. If you like some more lounge style jazz that goes through some spazz parts, check this out.
Overall Score: 6.5
Highlights: Chachmiel, Lahash, 'Ifafi
Posted by maskofgojira at 10:09 AM