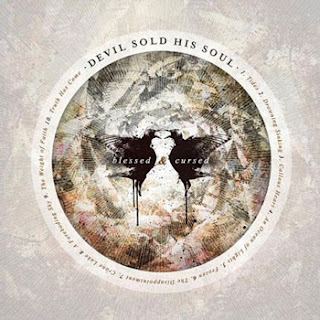 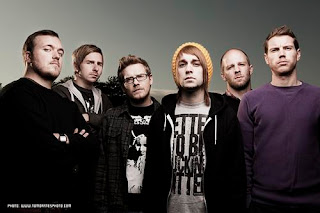 The Blessing Of Destruction.

Devil Sold His Soul are an experimental post-metal group from the UK. Though the band have only relased one full-length in 2007 and an EP the year before, not including the split last year and multiple singles, they have garnered a high amount of respect for their take on post-metal. They have gained comparisons to artists like Isis, Cult of Luna, and even Tool in their relatively short career.
The sound of DSHS has always been what has seemed like an mixture of post-metal, post-hardcore, pop, and ambient music. The style has been defined as their own, yet is hard to describe, which to their benefit is a good thing. The use of both heavy guitars that are crushing then switching into the cleaner and more ambient tone isn't a new idea in the styles they're taken from, but the atmospherics, the riffs, and vocals seem to shape what is a relatively simple idea into very expansive and catchy songs.
One of the first things that stands out when listening to this band for the first time are the vocals. They aren't unique in the sense that they're original, but they're original in the sense that the style of vocals in this band aren't usually used in this style. Vocalist, Ed, uses a style that is in vein of more post-hardcore singer that have a very throaty style of screaming and a very clean style of singing that is almost poppy, hear An Ocean of Lights. His style really just brings the music to a new plateau, in a sense that since very few bands, if any, in this genre have ever used this style of singing, they could very well crossover into mainstream appeal.
The guitars also bring a different vibe, despite their maybe overused tone, by providing more melody than atmosphere on here. The melodies used throughout this album are a bit more varied, where one song can sound much more mournful, Frozen, while another can be a bit more uplifting, Crane Lake. There is still a fair amount of -core chugging within some tracks though, granted it can be attributed to a build up, so it should still appeal to that crowd despite being some much more expansive and musically adventurous than most of those groups, to hear this listen to The Disappointment.
The other half of the band providing atmosphere and the rhythm do an excellent job on their respective sides as well. The keyboards don't exactly stand out the most on here but do help play a role in achieving that unique atmosphere that the band has, as well as allowing the mood to shift behind the guitars. The rhythm section, obviously the drums are always heard, but the bass isn't the heard for a lot of the album, a track like Truth Has Come though features some very prominent bass slapping throughout.
Overall, this is a very good release and follow-up album, there is plenty of variation on here to appease anyone that isn't really a fan of the post genres. All of the experimenting is done without leaving anything from their core sound behind which keeps things sounding within the same sonic vibe. It you haven't heard of these guys yet, they're one of the most original groups coming out of that scene, check them out.
Overall Score: 8
Highlights: Callous Heart, Crane Lake, Foreboding Sky

Posted by maskofgojira at 6:20 AM