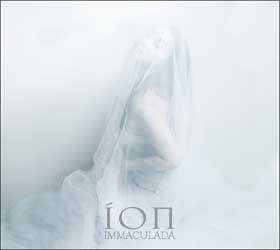 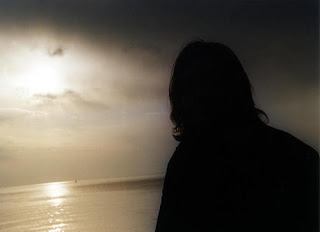 Íon is an ambient based project from the UK. The project was founded by Anathema's own Duncan Patterson who wanted to create a more personal and spiritual sort of sound as his career drew on. This is his second album with the project and it has gained high praises for the project's growth.
I'll begin this by stating that this album has little to no actual connection with the genre of "metal." The music on here utilizes softer and more ethnic instrumentation while maintaining a very orchestral and ambient based soundscape. The overall sound itself is very soft and soothing rather than harsh and aggressive. The album was said to have been written while Patterson was moving between Ireland and Greece, and the influences of both cultures manage to show themselves on songs like the beautiful folk song Adoration.
The vocals are, for the most part, performed by an Irish vocalist named Lisa Cuthbert while her sister Aoife and several other vocalists perform as well. Cuthbert's performance on here can be simply described as breathtaking, her vocals are not done in an operatic fashion or even that of a gothic singer, but more fitting in an almost folk way, fitting the music very well. I realize that not everyone has the same taste in vocalists, especially when it comes to female singers, but Cuthbert's vocals on here simply are the icing on an already great slice of cake.
This is also a fairly diverse album, taking elements of neo-folk, ambient, and classical music and melding them together into a very atmospheric way that is also very melodic. Acoustic guitars are the primary instrument in most tracks, but instruments such as flutes, violins, pianos, and sitars are used as well. This helps create a very elaborate sound that is very textured, but also very soft and open.
Overall, I found this to be a rather soothing record that really brings in a calming mood while it's being played. This is not the most outlandish thing that Patterson could have done after leaving Anathema, but it does show where some of the spiritual vibes that band had came from. If you're into neo-folk or ambient soundscapes, definitely check this out for sure.
Overall Score: 7.5
Highlights: Temptation, Adoration, The Silent Stars
Posted by maskofgojira at 11:26 AM