Skon - At The End of A Journey EP 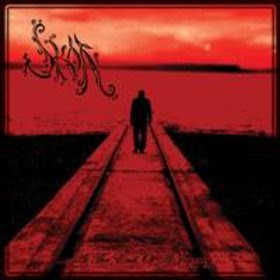 Softly They Depress You.

Skon is a depressive rock project from Slovakia. This is the debut release from this project, whose sole member is Carpath. This project takes a different route than the usual depressive black metal bands usually do.
Unlike most of the bands that go under the term of depressive music, the black metal groups and projects usually, this one has very little of that. Even the more rock based groups, like Grey Waters or Lifelover, have roots that connect them to the black metal scene, this one seems to have more in common with "Brave Murder Day"-era Katatonia. The melodies and slower builds do show at least a common adoration for that sound, but the cover of that band in particular, Cold Ways, doesn't dissuade that fact either. But there are still black metal parts on here though, the link to that genre is not so far.
For an EP, the four songs on here are fairly lengthy, with the opener, Forever Lost, being just over nine minutes. I found that these tracks really had a lot to offer, with highs and lows throughout any given track, from more slow doom parts to the occasional black metal tremolo picked and blast-beat section. These tracks also don't feel as long as they are due to the use of dynamics and solid melodies.
Overall, this is a very solid debut release with a lot of potential. This release surprised me with just how different it was compared to other depressive bands and is makes me excited to see where this project goes. For those that like the "Brave Murder Day" Katatonia or depressive rock, check this out for sure, very impressive.
Overall Score: 7
Highlights: Hopeless Words, At The End of A Journey
Posted by maskofgojira at 11:04 AM