Hexenmeister - ...And Life In Insomnia 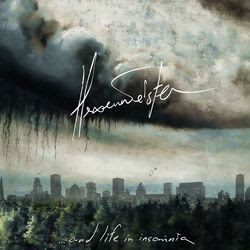 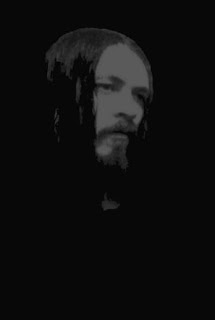 We Can't All Be Darkthrone Cover Bands.

Hexenmeister is an ambient black metal project from the Ukraine. Starting mainly as a demo, the project evolved into performing in a cover album for Ved Buens Ende, that cover is also on this full-length, and a split with Bergrizen. This debut, despite coming from a relatively large scene, manages to break away from the pack.
The scene in which the above was, or is, the depressive/ambient black metal scene that includes such big names as Trist and Deep-Pression. As mentioned, this is different from those bands in several ways, which might upset those that are passionate about that scene, but it still has more than a few moments of depressive sounds. If you're into that shrieking howls that are used as vocals in that scene, don't fret, that is the main vocal style on here.
Probably the most obvious difference between this and other depressive projects is in the production, it's not bad to put it bluntly. The production on here is much cleaner than on almost any other record from the Ukrainian depressive scene, none of the lo-fi, terrible recording sounds are on here. The vocals do take the role of being at the front of the sound, only surpassing the guitars, but every instrument has a clear presence on here.
Next, is the style in which Hexenmeister play, it's ambient black metal genre wise, but done in a much more avant-garde way. Black metal is the obvious demonstrated genre on here, but, like many other projects in the genre, utilize clean and/or acoustic guitars as well on here. The black metal, just as a side note, can actually live up to being called "black metal," due to faster sections being used quite often on here instead of slow, monotonous sections. It can also be said that there were actual riffs on here, memorable hooks, both acoustic and electric guitar, and occasionally bass lines, hear the title-track, A Life In Insomnia.
Overall, this is a very enjoyable release, as well as one of the most unique records I've ever heard come out from the Ukraine, besides Drudkh. For a scene that is so well based in lo-fi minimalism, this album strikes out against it. If you're a fan of experimental black metal, this is something you have to hear.
Overall Score: 9
Highlights: Melancholia Attonita, Hermitage, Where You Will Stop, and I'll Keep Falling
Posted by maskofgojira at 6:23 AM