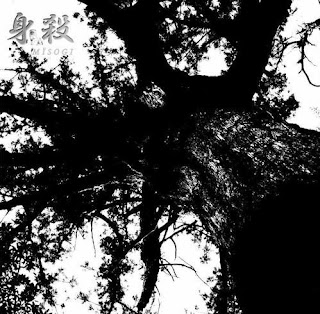 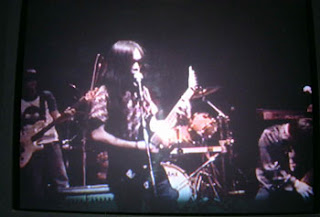 Mïsogi is a progressive/experimental black metal band from Japan. This is the band's first "official" full-length following three demo albums that have been released in the early 2000s. This album contains a lot of elements that should be familiar to the group Sigh, but otherwise should be a bit of a different experience for those that are not.
This record begins with an introduction track that is pretty much acoustic guitar with some singing on top, starting this very softly, then the second track, Susanowo, begins and it's nothing like the introduction. This track begins like an old-school black metal track, blasting and furious, it then changes pace around half-way using weird female chanting and a flute solo, before returning to metal again. This sort of thing occurs throughout the record, where you'll get typical black metal mixed with odd Japanese influences just popping in and out within tracks.
I'm not sure how many people have actually listened to metal, or visual kei, from Japan, but if you have, or ever listened to Sigh, you'll know that metal or rock from Japan is anything from normal. Japanese music mixes together music from various genres without much concern for a core sound, mixing traditional black metal with elements of Japanese folk music, old-school heavy metal, and prog rock on this album is not all that obscure a thing over there. Just to clarify, when I mentioned folk music, I don't just mean acoustic guitars, what you'll hear on here includes flutes and actual Japanese instruments.
This album has a pretty cool production sound, as it does have a primal sort of sound, not lo-fi or all that raw, but stripped down. Being that stripped down, this album isn't all that muddy or even dry sounding, everything is heard pretty well throughout on here. It's far from a perfect production, but it maintains that second wave of black metal sort of mid-90s sound while keeping it clear enough where everything that's playing can be heard.
Overall, this is a pretty decent album, not the best thing out there, but a pretty cool take on black metal, considering that I, personally don't hear too much black metal from Japan. Having heard other groups, not all metal groups mind you, from Japan, this isn't nearly as genre bending, but is still pretty unique compared to a lot of stuff out there now. If you're into something that is a bit different this is something you might want to check out.
Overall Score: 7.5
Highlights: Filume, Phlebotomy, Simo
Posted by maskofgojira at 9:01 AM