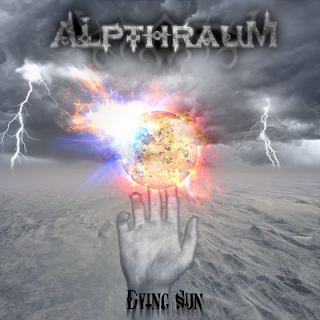 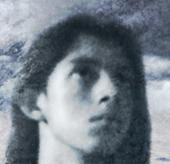 Alpthraum is an atmospheric metal project from Canada. The project started out originally in the form of atmospheric black metal but has evolved into a less harsh sound. The ambition behind the project is to explore the darkest regions of the human mind.
There are only four tracks on this demo, including an intro, so it is relatively short. Taking that into account, the amount accomplished on this demo shows that there is a definite uniqueness to this. The tag of atmospheric metal isn't so defined as it's sub-genre, atmospheric/ambient black metal, so there really isn't a lot you couldn't do with it.
That fact does make this a bit of an interesting listen, as the influences run the gambit from classical to more old-school heavy metal to even a bit of electronic music. The sound on here is very atmospheric, but that's pretty much a given, but the metal aspect of the band is a bit of a mix between symphonic metal, heavy metal, and black metal, as the vocals come more from the harsher edge of the spectrum while the music itself is more simplistic but memorable. What can be said for a consistent sound, since each track is a bit different, is that the guitar tone is a bit too bassy, and that is the downside of the album, that those lower notes just sound too have a too much bass on them and that carries through every track on here.
Overall, this is a very accomplished demo that should intrigue anyone that listens to it. While there are still some problems to correct, there is a lot of potential in here that does actually have a bit of a different sound. If you like experimental metal, not prog, but does take from multiple genres, this is something to check out.
Overall Score: 7.5
Highlights: Burning With Cold Fire

Posted by maskofgojira at 10:05 AM